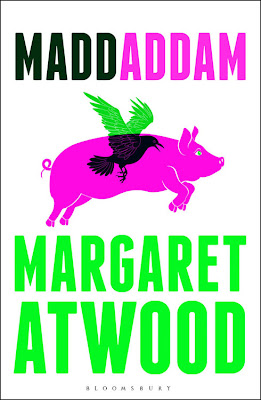 "This summer, you can take a cruise featuring more than sun-kissed college kids, waterslides and black tie dinners. Instead, vacationers who cruise on the Cunard Line’s Queen Mary 2 on Aug. 15 will set sail with author Margaret Atwood as she promotes her most recent book, 'MaddAddam,' just before its official release.
The third book in Atwood’s trilogy that includes Oryx and Crake and The Year of the Flood will be published on Sept. 3. The science fiction work will conclude the MaddAddam trilogy and will continue the story of the Crakers, a bio-engineered species that is the only surviving species following a man-made plague."
— Taylor Malmsheimer, New York Daily News
Read more...

"In February, an engine fire crippled the Triumph, turning what was supposed to be a four-day cruise into an eight-day debacle and public relations nightmare for Carnival. CNN covered the story of the ship, which floated for five days in the Gulf of Mexico without power or working toilets, as an epic breaking news event, taking live calls from stranded passengers and referring to the ship to as a 'floating petri dish.' The Triumph had more than 4,200 people on board (including crew and passengers)."
— Dylan Stableford, Yahoo! News
Read more…

"Noroviruses like cruise ships. Current and recent passengers on two Princess Cruise Lines ships can now attest to this personally.
More than 200 people on the Ruby Princess and the Crown Princess, both bound for South Florida, were reporting gastrointestinal illnesses, company officials told Associated Press on Saturday. Those officials blamed a norovirus.
Noroviruses are no cause for hysteria, but they’re far from pleasant, causing vomiting, diarrhea and stomach cramps. They can also cause a low fever, headaches and muscle aches, but for folks cooped up in tiny cabins, aches are the least of their troubles."
— Los Angeles Times
Read more…

Buy germ-free copies of all of Margaret Atwood's books here...
Posted by Elora Writers Festival at 10:21 AM