"…writing a book is a collision between what one wants and what one gets." — Craig Nova 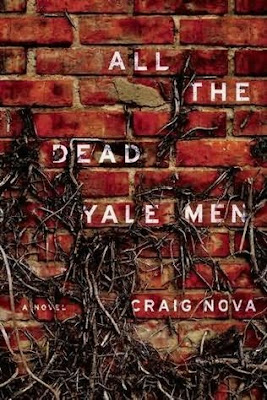 "Craig Nova, author of All the Dead Yale Men, is a manic rewriter. He showed me a picture of what he calls his 'slag heap'—a huge stack of manuscript pages, piled several feet high, that accumulated as he wrote his latest book. Nova does not merely tinker with word choice the way some editors do; instead, he writes again from scratch. Sometimes he'll approach a first draft in radical new ways, adopting new points of view—even trying again in different genres—to learn more about a character or scene. Directly contradicting the 'first thought, best thought' code of spontaneity espoused by the Beats, Nova feels his work's not done until he explores each scene or section from every possible angle.
All the Dead Yale Men continues the Boston family saga that began with The Good Son (1982), which John Irving called 'the richest and most expert novel in my recent reading by any writer now under 40.' Nova's work has appeared in Esquire, The Paris Review, and The New York Times Magazine; he teaches writing at the University of North Carolina, Greensboro."
— Joe Fraser, The Atlantic
Read more…
Posted by Elora Writers Festival at 1:09 PM