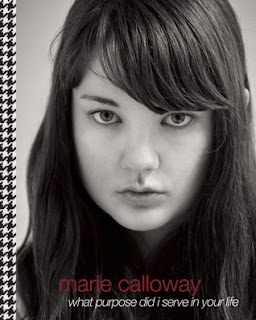 “'I tell my publisher he’s not allowed to send me even positive reviews,' wrote [Maria] Calloway over email. 'I find it to be very boring (after a while you kind of read it all and criticism or even positive feedback becomes just the same few things rehashed endlessly, it seems) and it interferes with my creative process.'
Calloway says she writes every day and has done so since childhood. She doesn’t regret either her first-person work or its consequences, though — after all, it was at least somewhat a project of persona. Contradicting [Stephen] Marche’s read of her as a girl seeking experience at all costs, Calloway said, 'I don’t regret anything. I would have written things differently now, and I feel more protective of revealing certain things, but with this book I often played with things like affected naïveté.'
But from what literary tradition did this writer of the Internet age, so seemingly sui generis, spring forth? Tao Lin, author of Taipei, disavows responsibility, telling Salon, 'I don’t see my influence. I saw similarities with Jean Rhys, particularly Good Morning, Midnight, but not strong similarities and I know Marie wasn’t influenced by Jean Rhys who she hadn’t read until having written most of the book.'
The poet Robert Gluck, a fan of Calloway’s, locates her forbears a bit earlier: 'She makes a performance of writing. The reader is wondering how far she will go, just as a live performance. You could say Baudelaire was doing that. You could say that Rimbaud was doing that.'”
— Daneil D'Addario, Salon
Read more…