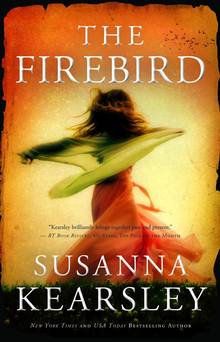 "Nicola Marter has a secret. The young Englishwoman, who works for a dealer who specializes in Russian art, has a specialized psychic ability: When she touches an object, she can catch glimpses of its previous owners in disjointed, often incomprehensible images. While some might regard such an ability as a gift to be nurtured and developed, Nicola sees it as a curse, something to be concealed and denied. As the novel begins, in fact, she has deliberately been avoiding using her abilities for more than two years….
The Firebird is the sort of book one wants to curl up within and savour. In this, it’s somewhat out of season: Perfectly suited for a long winter’s night with a warm drink, it will, however, be just as effective on a summer afternoon."
— Robert E. Wiersema, The Globe and Mail
Read more…

But this and all of Susanna Kearsley's books here...
Posted by Elora Writers Festival at 9:44 AM