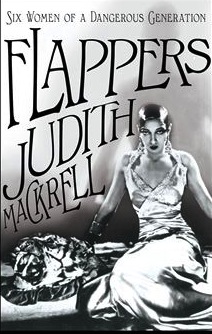 "Despite the absence of jazz in Baz Luhrmann's adaptation of The Great Gatsby, its release is bound to be accompanied by a rash of books about the jazz age, of which Judith Mackrell's Flappers is likely to be one of the better ones. Between the first world war and the great depression, a new breed of woman briefly flourished, rebelling against traditional female roles: the flapper. 'In their various attempts to live and die in their own way, the flappers represented a genuinely subversive force,' writes Mackrell, and by profiling six of the most celebrated women of the Roaring Twenties she captures something of that force beneath the trademark shingled bobs, short straight dresses and gin-fuelled exuberance."
— Helen Zaitzman, The Guardian
Read more…
Posted by Elora Writers Festival at 1:03 PM