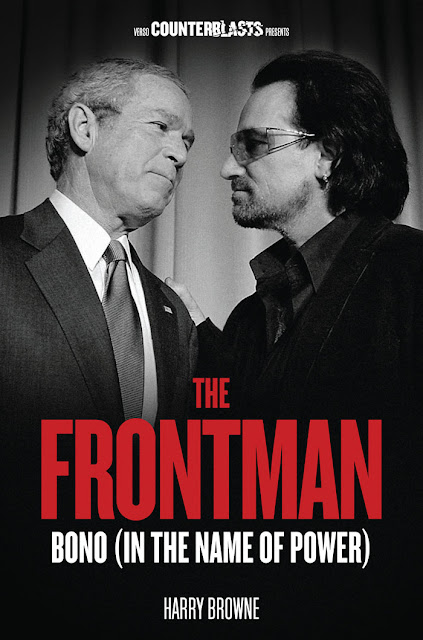 "It is no surprise that Bono and Bob Geldof, the two leading celebrity philanthropists of our time, are both Irish. The Ireland into which they were born in the 1960s was caught between third and first worlds, and so was more likely to sympathise with the wretched of the earth than were the natives of Hampstead. As a devoutly Christian nation, it also had a long missionary tradition. Black babies were a familiar object of charity in Ireland long before Hollywood movie stars began snapping them up. Bono himself was a member of a prayer group in the 1970s, before he stumbled on leather trousers and wrap-around shades. Scattered across the globe by hunger and turmoil at home, the Irish have long been a cosmopolitan people, far less parochial than their former proprietors. Small nations cannot afford the insularity of the great…. 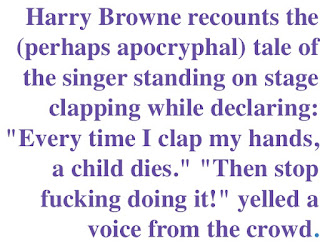 Like Geldof, he inherited the social conscience of the 1960s without its political radicalism, which is why he has proved so convenient a front man for the neo-liberals.
In fact, as [Harry] Browne points out, he has cosied up to racists such as Jesse Helms, whitewashed architects of the Iraqi adventure such as Tony Blair and Paul Wolfowitz, and discovered a soulmate in the shock-doctrine economist Jeffrey Sachs. He has also brownnosed the Queen, sucked up to the Israelis, grovelled at the feet of corporate bullies and allied himself with rightwing anti-condom US evangelicals in Africa. The man who seems to flash a peace sign every four seconds apparently has no problem with the sponsorship of the arms corporation BAE."
– Terry Eagleton, The Guardian
Read more…