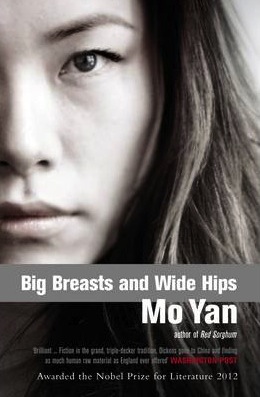 For the nineteenth time in nineteen years, the Nobel Prize in Literature has gone to a writer outside of the US. As with most people in this country, the members of Still Eating Oranges were previously unfamiliar with the work of Chinese author Mo Yan. If he is as talented as last year’s winner, Tomas Tranströmer, then we have reason to be excited. As usual, though, a certain group (comprised mostly of Americans) has come out to criticize the Nobel committee for snubbing Cormac McCarthy or Joyce Carol Oates or Philip Roth. Those familiar with this annual tradition will remember that Roth, in particular, has become the cause célèbre for angry American pundits. The US has not had a laureate since Toni Morrison, the logic goes; and so there must be bias afoot. […]
A certain literary culture dominates contemporary American schools and publications. In the past, we have considered a few of the effects—brutish, ironic and conflict-based stories—of this establishment. Its heroes and models are the world’s Roths, Raymond Carvers, John Updikes and Jonathan Franzens; its laws are 'subtext over surface,' 'sincerity kills' and 'realism trumps exaggeration.' It began to take off in and around the 1950s, popularized by the writing of Norman Mailer, Roth and others. It took root irrevocably in the following decades. This coincided with the rise of ever-more-unavoidable, ever-more-strict MFA programs and writers’ workshops, which indoctrinated at least two generations of writers into the same mentality.
Today, peer pressure, school curricula, editorial taste and online writing guides ensure that new American writers all feed from the same trough."
— still eating oranges
Read more…
Posted by Elora Writers Festival at 6:52 PM