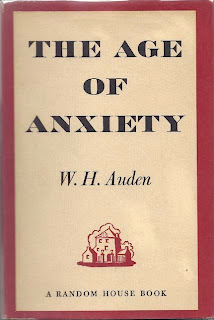 "Depressives have Prozac, worrywarts have Valium, gym rats have steroids, and overachievers have Adderall. Usually prescribed to treat Attention Deficit Hyperactivity Disorder [...] the drug is a cocktail of amphetamines that increases alertness, concentration, and mental-processing speed and decreases fatigue. It's often called a cognitive steroid because it can make people better at whatever it is they're doing. When scientists administered amphetamines to college shot-putters, they were able to throw more than 4 percent farther. According to one recent study, as many as one in five college students have taken Adderall or its chemical cousin Ritalin as study buddies.
The drug also has a distinguished literary pedigree. During his most productive two decades, W.H. Auden began every morning with a fix of Benzedrine, an over-the-counter amphetamine similar to Adderall that was used to treat nasal congestion. James Agee, Graham Greene, and Philip K. Dick all took the drug to increase their output.
Before the FDA made Benzedrine prescription-only in 1959, Jack Kerouac got hopped up on it and wrote On the Road in a three-week 'kick-writing' session. 'Amphetamines gave me a quickness of thought and writing that was at least three times my normal rhythm,' another devotee, John-Paul Sartre, once remarked."
— Joshua Foer, Slate
Read more…
Posted by Elora Writers Festival at 10:08 AM