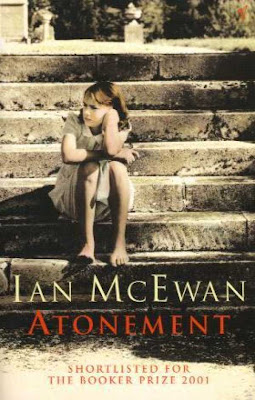 "[…] The gist of the thing is this: novelist Ian McEwan had just been accused [2008] of plagiarising from a historical memoir in his novel Atonement […]
Authors of the caliber of Margaret Atwood, Kazuo Ishiguro, John Updike, Zadie Smith, Martin Amis and even Thomas Pynchon (who is notorious for shunning publicity) all wrote letters published in that week’s Daily Telegraph, basically standing up and saying 'I am Spartacus' – saying that if [Ian] McEwen was to be so casually accused of this heinous crime then they themselves were intimately acquainted with the crime in question. If anyone was to be waving a tar brush, it seemed, the overwhelming response from the writers was 'tar one, tar all.' The authors all admitted with gay abandon that they themselves had cheerfully plundered other work – be it historical writing, autobiography, primary-source documents, even other novels – in the writing of their own books, and said that such research was the lifeblood of any novel that depended on period detail. […]
Literary editor of the august Times of London, Erica Wagner, weighed in too: 'We have come to a pretty pass where an author like Ian McEwen has to write on the front page of The Guardian explaining what research is. The myth of originality? There’s no such thing.'
Research is essential, and we all do it, from all sorts of sources. Some of the authors who wrote their letters in support of Ian McEwen revealed their own sources – Colm Toibin admitted to using actual phrases and sentences from the work of Henry James in The Master, his (fictional) re-imagining of a period in the life of said Henry James; Rose Tremain acknowledged that her book Music and Silence depended, as she put it, 'to a shocking extent' on a small illustrated book by the name of Christian IV by one Birger Mikkelson; […]"
— Alma Alexander, Science Fiction & Fantasy Novelist
Read more...
Posted by Elora Writers Festival at 10:17 AM