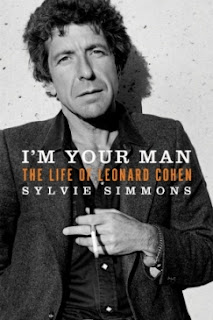 "By 1967, it had already been 11 years since Leonard Cohen published his first volume of poetry. He had also written two novels, and was famous enough back in his hometown of Montreal for the Canadian National Film Board to produce a biography of him called Ladies and Gentlemen, Mr. Leonard Cohen. But when he appeared with Judy Collins at a concert in New York’s Central Park that summer, few in the audience knew much about him. Some knew that he wrote 'Suzanne,' a stunning song Collins introduced to the world on her 1966 album In My Life. What almost no one knew was what Cohen himself actually sounded like, since he had yet to release an album.
[…] As a record label head put it, 'You finish listening to a song of Leonard’s and you know [...] he didn’t let that song go until he’s finished with it.' Not so surprising, perhaps, in one who had been publishing poetry for a decade before he recorded music. And, with considerable success: his Selected Poems 1956–1968 sold 200,000 copies, [Sylvie] Simmons reports. But still, virtually no one makes a living from their poetry, so Cohen, then living intermittently on the Greek island of Hydra, plucked a string from the lyre of the oldest Greek poet of them all, Homer, and added music to the act."
— Tom Gallagher, Los Angeles Review of Books
Read more…

Buy this book, and all of Mr. Cohen's books here...
Posted by Elora Writers Festival at 1:43 PM