"When someone writes as well as [Rupert] Thomson does, it makes you wonder why other people bother." 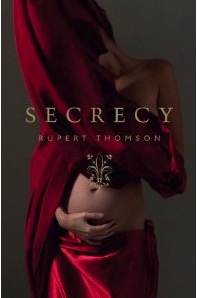 "In Secrecy, Gaetano Zummo, a real-life sculptor in wax in 17th-century Italy whose dramatic depictions of plague victims saw him commissioned by the Florentine court, is troubled by his past and by a dark, repressive Florence that is going through an economic slump 200 years after the Renaissance. [Rupert] Thomson was interested in a time 'when everyone was neurotic, disapproving and suspicious and there had to be a gap between your thoughts and your actions. What intrigued me about [Zummo's] sculpture is that it works on different levels. In his plague pieces you see something macabre about mortality and the transience of life, but also something sensual. And that is the way the whole world operated at that time. There is a level of visibility where things were obvious and open. And then there was the hidden life. As in Prohibition America, everything was forbidden, and so anything was possible.'
The book is packed with arcane information about wax and much else, delivered via Thomson's habitual Rolls-Royce prose. It also builds to a page-turning climax. 'I'm usually fighting my natural page-turning abilities,' he says. 'A lot of people told me that they read The Book of Revelation in a day, which is exactly the sort of thing you'd think a writer is after. But I wanted people to read it slowly. I do build quite a lot into the words and I'm often trying to slow the reader down.' Thomson did allow himself free rein in Secrecy, however. 'I always thought my career would follow a McEwan-like path. Like him, I started off surreal and dark and macabre. But I feel that Secrecy could be read by pretty much anyone and there is no reason why it shouldn't be a mainstream novel.'"
— Nicholas Roe, The Guardian
Read more…

Buy all of Rupert Thomson's books here...
Posted by Elora Writers Festival at 11:46 AM