"[...] a thousand endearing quirks and a bold and unorthodox creativity [...]" 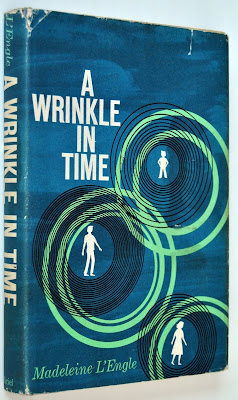 "Madeleine L’Engle’s 1962 novel A Wrinkle in Time—one of the best-loved and best-selling children’s books of the past sixty years—was initially rejected by at least two dozen publishers. The story goes that later on, whenever L’Engle attended a literary event, she would carry the rejection letters in her purse. If editors happened to mention to her that they regretted not having had the chance to publish the book, she would whip out the proof that they had passed it up. Like most good stories, this one is probably apocryphal. But it ought to be true, not only because of its poetic justice, but also because it is entirely of a piece with L’Engle’s persona: prone to drama, a little irascible, and always asserting her mastery of her own narrative. 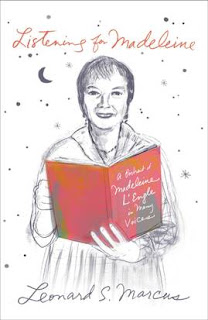 As yet there is no full-length biography of L’Engle, who died in 2007 at age eighty-eight. Those of us who memorized her books as children might wonder who would want to read one. Isn’t Meg Murry, the gawky, headstrong protagonist of A Wrinkle in Time, a self-portrait of L’Engle as the bookish and brilliant adolescent she must have been?
And wasn’t the Austin series a chronicle of her adult family life—the New England farmhouse bustling with children, pets, and glamorous friends always coming and going? But Listening for Madeleine, a lightly edited compilation of interviews conducted by Leonard S. Marcus with a variety of people who knew L’Engle, makes clear that the truth was more complicated. Just as reality plays an important role in even L’Engle’s most fantastic fiction, fantasy also tended to intrude on her representations of reality, so that what we imagine to be autobiography is in fact something far less stable."
— Ruth Franklin, BookForum
Read more…

Buy Listening for Madeleine and all of L'Engle's books here...
Posted by Elora Writers Festival at 4:01 PM