Tickled pink... not so much 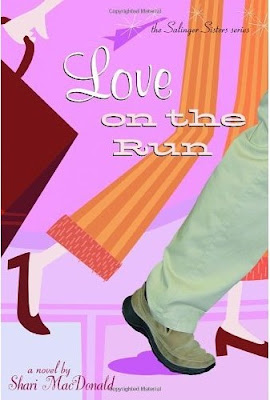 "Is chick lit dead? Less than a decade after commentators clucked at bookstore shelves lined with cartoon high-heels and pink cocktail glasses, the only debate that the once-flourishing genre inspires now is over when to run its obituary. Some say chick lit is well and truly defunct, while others insist there’s some life in the old girl yet. Since there has never been much agreement on what, exactly, chick lit is, perhaps the question can’t be settled. [...]
As the first species of popular fiction to treat its heroines’ professional aspirations as seriously as their romantic prospects, chick lit flourished at a time when ambitious young women poured into a robust job market, seeking both love and success, often with a heaping serving of pricey commodities on the side. A concept like the Shopaholic series (one of the most popular and least charming exemplars of the breed) smells decidedly off in the face of 8.3 percent unemployment."
— Laura Miller, Salon
Read more...

"Interestingly, Diane Shipley of The Guardian contends that eventually we'll get bored by the mass of homogenous pink covered books, and we'll see a backlash. Are we so sure of that? It has never seemed to hurt the romance novels, sci-books, or westerns, which feature nearly identical covers that fans of those genre can easily pick out and identify as something fun that interests them. So it seems more likely that if there is to be a backlash to the pink books, it will be because the publishing industry is using deceptive means to manipulate people into buying books that do not fit their preconceived notions of what the pink cover signifies. Readers are likely to be disappointed when what they thought was lighter, escapist, fun reading turns out to be something heavier and thought-provoking."
— Julie Kent, The Cleveland Leader
Read more...
Posted by Elora Writers Festival at 7:23 PM