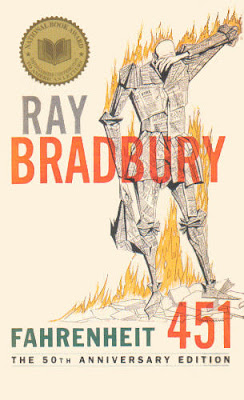 "Ray Bradbury says that one of the main inspirations for Fahrenheit 451 came when he was out walking with a writer friend, and 'a police car pulled up and the policeman got out and asked us 'What are you doing?' Bradbury explained that they were out walking ('putting one foot in front of the other' was his first 'smartaleck' response.) The policeman didn't like it. 'Don't do it again!' he told Bradbury – which sent the writer into such a rage that he went home and wrote the short story The Pedestrian, imagining a time in which everyone who walked was considered a criminal. Later, he took his 'midnight criminal stroller' for another walk around the future city – and Fahrenheit 451 was born."
— Sam Jordison, Guardian
Read more... 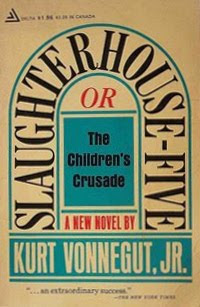 "In 1973, the Drake, North Dakota school board condemned Kurt Vonnegut's novel, Slaughterhouse Five, as obscene, and had copies of the book burned in the high school furnace. The author then sent a letter to the head of the school board stating, 'I am among those American writers whose books have been destroyed in the now famous furnace of your school. Certain members of your community have suggested that my work is evil. This is extraordinarily insulting to me. The news from Drake indicates to me that books and writers are very unreal to you people. I am writing this letter to let you know how real I am.' "
— AssociatedContent
Read more...

Get these books here...
Posted by Elora Writers Festival at 1:10 PM No comments: 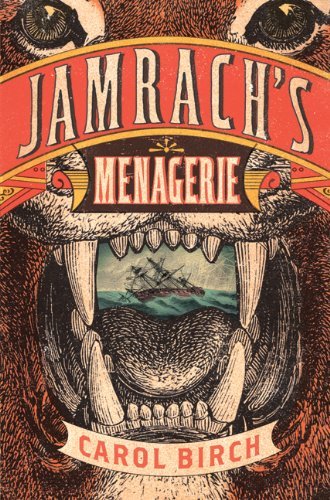 "Wrongly pigeonholed over the years as a purveyor of tear-jerking tales of bolshy northern lasses battling the odds, Carol Birch has always had a feel in her fiction for young men. [...] Now 60, Birch this year published a new novel with a young man at its heart [...]
Jaffy Brown, or 'Jaf', is the first-person narrator of her 11th novel, Jamrach's Menagerie, which last week put her on the Booker shortlist for the first time in her 25-year career, and saw her installed as second favourite to win the £50,000 prize behind Julian Barnes.
'Am I really?' she says with a startled look, when I mention the odds, 'I didn't know that' – but quickly plays it down. 'I have been very nervous over the past couple of weeks with the things I've had to do, and then I reached a point where I thought you might as well enjoy it, you might be dead next week. If you come across looking like a beached idiot, you just do.'
Jamrach's Menagerie is a picaresque adventure, set at the point in the mid-19th century when the whaling industry went into decline. It tells the story, in his own words, of a fatherless boy from Bermondsey who gets a job with an importer of wild animals and joins an expedition to south-east Asia on which the sailors embark hoping to capture a dragon. The novel offers a warm and richly detailed portrait of Ratcliffe Highway (now the Highway), the road running east from the City of London, that was once renowned as a hotbed of vice and criminality. It touches on Darwinian natural history, and takes its place in a long and exalted line of maritime storytelling that runs from Coleridge's "The Rime of the Ancient Mariner" and Melville's Moby-Dick to Patrick O'Brian's Master and Commander. [...]
'One of the things I said was don't put a moony girl on the cover. And they said we won't. It felt very liberating for me to get out of this whole woman thing; I did tend to write from a female perspective, it was so nice to get away from it, and have this freedom to go into something completely different.' "
— Susanna Rustin, Guardian
Read more...
Posted by Elora Writers Festival at 11:53 AM No comments:

Words Are Not Enough

"Some speculate that the move to reading off electronic tablets will force writers into shorter and more direct narratives. Others worry that the rush to add video will turn writers into screenwriters on creative teams that produce novels as a branch of filmmaking, and they wonder if the nifty interactivity of video games can ever be applied to serious writing to create a new digital literature. As for us faithful readers, will we be hard-pressed to ever find a writer who can still produce a good old-fashioned novel?" — Kate Taylor, The Globe and Mail
Read more...
Posted by Elora Writers Festival at 7:18 AM No comments:


"A recipe for tagliatelle with sardines and prosciutto has proved a little too spicy for Penguin Australia, after a misprint suggesting that the dish required 'salt and freshly ground black people' has left the publisher reaching for the pulping machine, rather than the pepper grinder.
It's a one-word slip that only came to light after a member of the public got in touch, and which has sent all 7,000 copies of The Pasta Bible at Penguin's warehouse to be destroyed, an exercise which head of publishing, Robert Sessions, told the Sydney Morning Herald would cost $ 20,000. — Richard Lea, Guardian
Read more...

"I apologise to anyone who bought my on-sale ebook of Baby, I'm Yours and read on pg 293: 'He stiffened for a moment but then she felt his muscles loosen as he shitted on the ground'," says [Susan] Andersen. "Shifted - he SHIFTED! I just cringe when I think of the readers who have read this. Hopefully, it's only in the iBook version that I bought, but if it's in yours as well, please let me know. I've contacted the editor and pray this will be promptly fixed. Too late for us...but for Gawd's sake." — Guardian
Read more...
Posted by Elora Writers Festival at 6:54 AM No comments:

"While tensions over the site erupted in public forums and private boardrooms, the demolished World Trade Center became the focal point of a sort of revisionist vision of a more innocent city, as Steven Jay Schneider suggests in his essay Architectural Nostalgia and the New York City Skyline on Film in the anthology Film and Television After 9/11:

[T]he formerly intact towers were retrospectively viewed as the architectural signifiers of a city and a country that until September 11 had little to fear from outside its borders and believed personal safety, though never guaranteed, was at least assessable and a reasonable bet.

Somehow, the twin towers began to represent a literally prelapsarian urban Eden. As in the case of the Biblical fall, however, their innocence was evident only in retrospect, after its transformation into experience and knowledge. According to Schneider, the towers didn’t seem significant to the nation until they ceased to exist, when they became 'communal, if only virtual, objects of nostalgic sentiment, signaling America’s former confidence and self-assurance while at the same time metonymically connoting the scores of innocent people whose lives were lost on September 11.' ” — Beth Doyle Machlan, Los Angeles Review of Books
Read more...
Posted by Elora Writers Festival at 1:38 PM No comments: 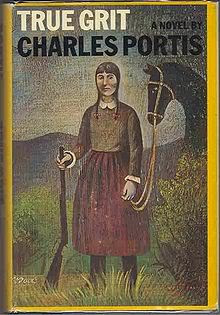 "This summer, my 53rd, I discovered repetitive novel reading again. Two things happened: I went to see the Coen Brother's revival of True Grit, loved the dialog, and resolved to read the novel [by Charles Portis]. I also went on a book tour for five months where insomnia in a new hotel or guest bedroom was my constant threat.
What a discovery. I could not get enough of Mattie Ross's opening lines --  'People do not give it credence that a fourteen-year-old girl could leave home and go off in the wintertime to avenge her father's blood but it did not seem so strange then, although I will say it did not happen every day.'" — Susie Bright, Huffington Post
Read more...

"[Charles] Portis began writing in college, for both the University of Arkansas at Fayetteville student newspaper, Arkansas Traveler, and the Northwest Arkansas Times. One of his tasks was to redact the colorful reporting of 'lady stringers' in the Ozarks, a task credited as a source for the vivid voice which he created years later for his character Mattie Ross in True Grit." — Wikipedia
Read more...
Posted by Elora Writers Festival at 8:38 AM No comments: 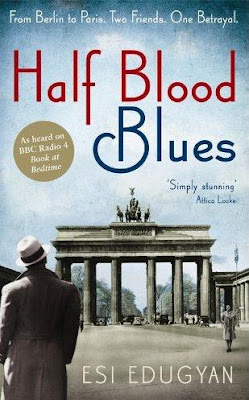