"I will brook no refusal, Miss Dashwood." 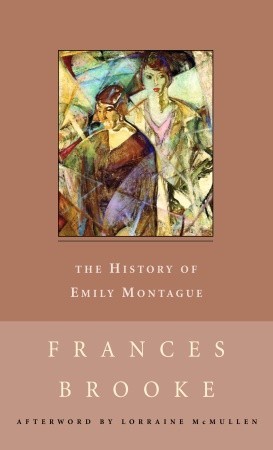 "Historians of Canadian literature often call Frances Brooke's The History of Emily Montague of 1769 the first Canadian novel. Though it was published in England and written by an Englishwoman, Frances Brooke spent the years 1763 to 1768 in Quebec, and drew extensively on her experience there for her novel, the first and best half of which is vividly set in Lower Canada.
Emily Montague is no mean literary achievement. It has a lively heroine, Arabella Fermor (there is  further play on the allusion to the original of Pope's Belinda, although this Arabella is firmly Protestant) and a sentimental heroine, Emily Montague—a kind of contrast that recalls Richardson's vivacious Anna Howe and serious Clarissa Harlowe, as well as looking forward to Austen's Marianne and Elinor Dashwood, Elizabeth and Jane Bennet, Emma Woodhouse and Jane Fairfax; it has a well-developed sense of location; and it incorporates strong female characters and a vigorous feminist stand. It is an epistolary novel, and pays marked attention to the necessary hiatuses in communication between Lower Canada and England,
allowing time not only for transatlantic sailing, but also for the winter freeze-up of the St Lawrence River.  That is, while Brooke takes on the epistolary convention with its frequent strains on credibility, she is businesslike and convincing in following through on the consequences of her choice. 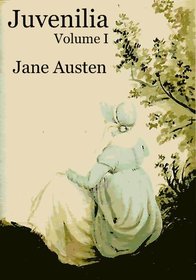 Even today it is a good read, thanks to the vivacity of one heroine, the social and topographical interest of the story, and the rapid pace of the narrative.
Nevertheless, by the time Jane Austen took the pen into her hands in the late 1780s, a sentimental epistolary novel of 1769 inevitably seemed dated, and to 'a mind lively and at ease' it must have called for parody.
Young Austen, as I believe, answered the call; and Emily Montague seems to me a strong candidate as the novel most aptly parodied in her wild little fiction 'Amelia Webster' from Volume the First, as well as a prominent target, among others, for her exuberant take-off of the sentimental novel, 'Love and Freindship,' from Volume the Second."
— Juliet McMaster, Young Jane Austen and the First Canadian Novel: From Emily Montague to 'Amelia Webster' and 'Love and Freindship'
Read more...
Posted by Elora Writers Festival at 5:07 PM