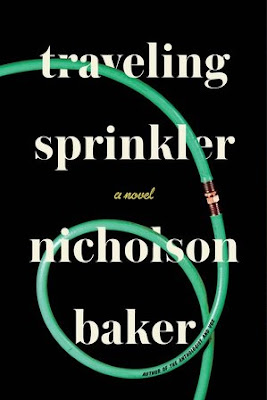 "Nicholson Baker never meant to write a sequel to The Anthologist. And yet, he explains by phone from his home in Maine, the narrator of that 2010 novel, a poet named Paul Chowder, kept demanding to be heard.
'It was more a refusal,' Baker notes, voice dry as a whisper on the wire. 'A refusal on Paul's part to be overlooked. I was writing a different book, in my own voice, and I kept slipping into his voice. At a certain point, I just gave in.'
What Baker's getting at is the tendency of characters — or certain characters — to assert themselves, to emerge in a piece of writing whether we want them there or not. Paul is such a figure: idiosyncratic, unashamed of his quirks and ticks and odd obsessions, not unlike the author who created him.
'It's helpful,' Baker acknowledges, 'to write about a guy who is like me but also a little different. It allows me to reveal the uncomfortable truths.'
Among those truths? The longing for love, for a kind of order, as well as a sense of the impending press of mortality, the recognition that inexorably and not-so-slowly, time is running out.
Such themes reside at the center of Baker's new novel, Traveling Sprinkler [...], in which we meet Paul again a few years after The Anthologist. He is 55 now and at work on a new collection of poetry, which isn't going anywhere."
— David L. Ulin, Los Angeles Times
Read more…

Buy all of Nicholson Baker's books here...
Posted by Elora Writers Festival at 7:58 AM