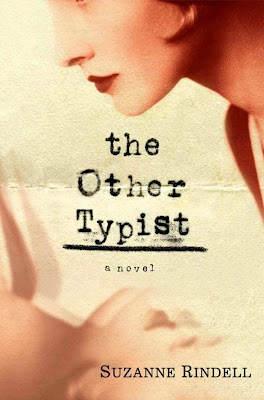 "New York City, 1924: the Volstead Act has spawned a thriving bootlegging industry, jazz throbs from secret speakeasies, the hemlines are scandalous, and girls are bobbing their hair. The world has changed so rapidly that even some of the young are disoriented. Rose, Suzanne Rindell’s narrator, is a straitlaced young woman who was raised by nuns. She views the excesses of the jazz age from afar and with some suspicion. Rose understands that some people have the luxury of risking the wild freedoms of this new era, and others don’t. She has an orphan’s understanding of the precariousness of her place in the world. She follows the rules. […]
Rose is wary of 'modern girls' like Odalie, with their bob haircuts and their casual entitlement, their way of moving through the city as if the city existed for their amusement. The Other Typist is a chronicle of a woman’s unraveling, but it’s also a subtle examination of economic privilege. The rapidly loosening mores of that time looked like freedom, but the level of risk that comes with freedom is never, of course, the same for everyone."
— Emily St. John Mandel, The Millions
Read more…