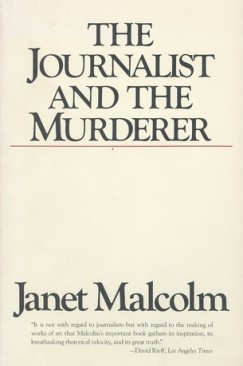 "Dickens, who began his career as a court reporter, was ever more partial to emotive portraits than to the art of facticity. Bleak House, for instance, is populated by a judiciary of supreme inefficiency, who run their 'horse-hair warded heads against walls of words.' The reader, implicated in this warped system, has two unlikely tales from which to fathom events: Esther’s guileless, jarring earnestness or the ingenuity of the omniscient narrator. The novel, in general, seems to favor the slippery, unreliable narrator over the ingenuous. Villains, after all, often make for far more compelling characters. In such cases, the reader assumes his or her role of moral adjudicator: the more these infamous characters do protest, the more we discerning readers deem them treacherous.
To 'narrate' was originally a term of law, used to designate the initial statement of a trial; and much has been made of the parallels between literary and legal detectives, of the court as a spectacle wherein players compete for the juror’s attention; the juror, like the reader, is charged with sifting fact from fancy.
'The journalistic ‘I’ is an overreliable narrator,' Janet Malcolm writes in her seminal work, The Journalist and the Murderer, 'a functionary to whom crucial tasks of narration and argument and tone have been entrusted, an ad hoc creation, like the chorus of Greek tragedy.'
It perhaps comes as no surprise that the Greeks, who loved a good chorus, invented trial by (sizable) jury."
— Jess Cotton, Los Angeles Review of Books
Read more…
Posted by Elora Writers Festival at 8:29 AM