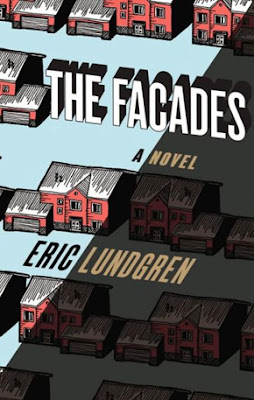 "The Facades belongs to the same subgenre as Paul Auster’s New York Trilogy, Michael Chabon’s The Yiddish Policemen’s Union, and Jonathan Lethem’s Motherless Brooklyn: detective novels influenced as much by Kafka as they are by Chandler.
Generally speaking, in these novels, style and atmosphere trump plot and action, the setting is as crucial as the crime, and intertextuality is more important than investigative chops. Just as we have the collective term for the Southern Gothic, perhaps it is time to name this bastard offspring of Dashiell Hammett and Jorge Luis Borges. Hardboiled Existentialism? The Metaphysical Whoodunit? The Urban-Decay Procedural? Take your pick.
Certainly, in its foregrounding of its setting, The Facades fits the bill. The crumbling, financially strapped city of Trude, once dubbed 'the Munich of the Midwest,' is now filled with the 'abandoned mansions of industrialists,' and boasts 'the most diverse and effective suicide lobby' in the region."
— Jon Michaud, The New Yorker
Read more…

Buy all or any of the books mention in this post here...
Posted by Elora Writers Festival at 8:15 AM