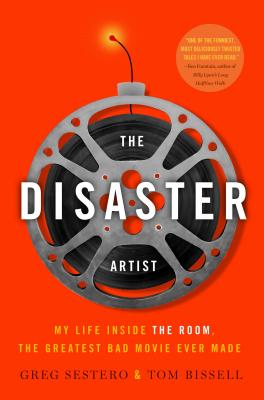 "In 2003, an independent film called The Room — written, produced, directed, and starring a very rich social misfit of indeterminate age and origin named Tommy Wiseau — made its disastrous debut in Los Angeles. Described by one reviewer as 'like getting stabbed in the head,' the $6 million film earned a grand total of $1,800 at the box office and closed after two weeks.
Now in its tenth anniversary year, The Room is an international phenomenon to rival The Rocky Horror Picture Show. Thousands of fans wait in line for hours to attend screenings complete with costumes, audience rituals, merchandising, and thousands of plastic spoons."
— goodreads Read more…

"'Imagine a movie so incomprehensible that you find yourself compelled to watch it over and over again. You become desperate to learn how (if) on earth it was conceived: Who made it, and for what purpose?' These words could only refer to The Room, a cult phenomenon frequently described as the Citizen Kane of bad films; they come from The Disaster Artist: My Life Inside The Room, the Greatest Bad Movie Ever Made, by Greg Sestero and the peerless Tom Bissell."
— Sadie Stein, The Paris Review Read more…