The word is out... about Ailsa Kay 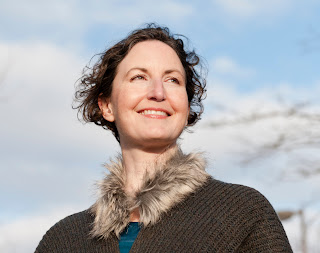 Join us on Sunday, May 26, 2013 (1 to 4 P.M.) at the Elora Centre for the Arts, 75 Melville Street, Elora for a relaxing yet thought-provoking afternoon of readings by Sonia Day, Terry Fallis, Carrie Snyder, Andrew Westoll, Ailsa Kay and Robert Rotenberg.
For $20.00 (includes Reception) you get to enjoy readings by six of Canada's finest authors; a Q&A session; a "Schmooze-fest" replete with wine & appetizers… and BOOKS, BOOKS, BOOKS (Get them signed by the author[s].) courtesy of Roxanne's Reflections.

Welcome home, Ailsa!
Ailsa Kay and Amy Appleford were the driving forces behind the committee of the Elora Arts Council that started the Elora Writers' Festival (Words by the Water) back in 1994. That first festival was an ambitious confection of formal readings at the Gorge Cinema, along with more casual and intimate events at cafes and outdoor locales in and around the village. 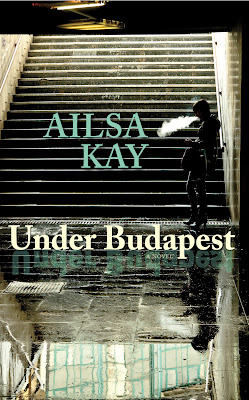 "Ailsa Kay's new novel (Under Budapest) came out of her life-changing visit to Hungary ('I fell in love with Budapest when I lived there in 2004. I return as often as I can, which is not as often as I would like.').
She has taught writing at college and university where she has learned from her students to laugh a lot, swear occasionally, and always risk that leap of faith ('I teach and I love to teach. I don’t know what this says about me.').
Kay’s short fiction has appeared in literary journals such as Exile and The New Quarterly. After twenty years in Toronto, she recently returned to her hometown of Fergus, Ontario."
— (from Fictionista! and Ailsa Kay.com)


Under Budapest, her first novel, will be published in April by Goose Lane Editions.