"[Yann] Martel's narrator, who chooses his mathematical nickname to avoid being known as 'Pissing,' would undoubtedly be delighted at the news that the novel he narrates, Life of Pi, has just sold its 3,141,593rd copy for its British publisher Canongate – an extraordinary feat for a novel published only 10 years ago. "
— The Guardian (2013)
Read more... 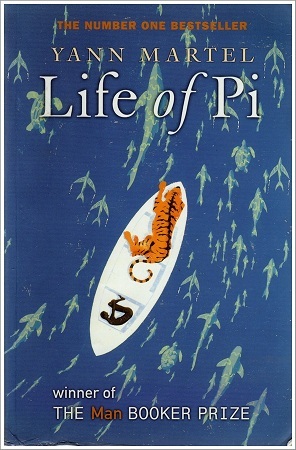 "A Hindu, a Muslim and a Christian are trapped on a lifeboat for 227 days with a 450-pound Bengal tiger. It sounds suspiciously like the setup of a joke, something you might hear at a tavern from the guy who's been downing gimlets all night. But 'Life of Pi,' the Canadian writer Yann Martel's extraordinary novel based on this very premise, is hardly your average barroom gag. Granted, it may not qualify as 'a story that will make you believe in God,' as one character describes it. But it could renew your faith in the ability of novelists to invest even the most outrageous scenario with plausible life — although sticklers for literal realism, poor souls, will find much to carp at."
— Gary Krist, The New York Times (2002)
Read more…

Buy all of Yann Martel's books here...
Posted by Elora Writers Festival at 10:15 AM