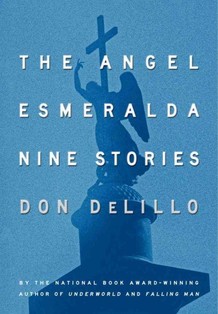 "The short story is an amuse-bouche: luscious, glittering, to be consumed in a single bite. It should be artfully conceived, but not so dainty that you can’t sink your teeth into it. It should restrain itself to the confines of its setup rather than spilling out messily over the edge of the page. Most important, it should satisfy the reader’s immediate appetites while making him or her hope for more. What it is not, in other words, is a shrunken novel. The story seizes a moment of emotion and captures it under a bell jar. The novel takes the long view, working extended magic through patterning and repetition, more like a multi-course meal: formal or informal, paced leisurely or at a rapid clip, but always exhaustive.
Chefs, painters, and jewellers all attest to how hard it is to work in miniature. Yet the short story is often mistakenly thought of as a beginner’s form—a literary way-station en route to bigger endeavours. Get your first story collection out of the way quickly, one imagines creative writing students are told, so you can move on to the novel as soon as possible. From John Cheever and Philip Roth to Ian McEwan and Jhumpa Lahiri, writers typically use the short story to cut their teeth before trying their hand at longer fiction.
But not always. In November Don DeLillo, at the age of 74, published his firstever short story collection. Adam Ross has followed his well-regarded first novel, Mr. Peanut, with a book of short fiction rather than a second novel. And at least half the writers in 2011’s Best American Short Stories anthology—among them Joyce Carol Oates and Richard Powers—are better known for their novels, often significant ones. Many of the contributors’ notes mention that the stories were years or even decades in gestation. Rebecca Makkai writes that her story of an actor whose life is derailed by stage fright took five years to finish. Sam Lipsyte’s contribution took him 20."
— Ruth Franklin, Prospect Magazine
Read more...
Posted by Elora Writers Festival at 1:10 PM