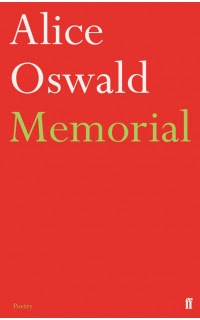 "Alice Oswald was seen as a strong contender for the TS Eliot prize, so her withdrawal from the shortlist this week (followed by that of John Kinsella) was a significant sacrifice. She did so in protest against the long-standing poetry award's new sponsor Aurum, which manages the investments of hedge funds, stating that 'poetry should be questioning not endorsing such institutions.'
Like Hari Kunzru's rejection of the Mail on Sunday-backed John Llewellyn Rhys prize in 2003 (saying the paper was 'xenophobic'), Oswald's stance was unusual in being political, not personal; today's writers with qualms turn up but criticise the prize-givers, as Ian McEwan did this year in controversially accepting the Jerusalem prize."
— Guardian
Read more...

"[...] But this year has seen something of a trend developing in dropping out from potential literary honours. In March, the master of spy thrillers John le Carré asked to be removed from the Man Booker International shortlist, stating that 'I do not compete for literary prizes' Now two poets, Alice Oswald and John Kinsella, are the latest to object to being nominated for a literary honour – this time, the TS Eliot Prize awarded by the Poetry Book Society."
— Emma Hogan, The Telegraph
Read more...

"A year ago today [December 10], on International Human Rights Day, our colleague Liu Xiaobo, former president of the Independent Chinese PEN Centre (ICPC) was awarded the Nobel Peace Prize. One year on, he and over thirty other writers remain in prison in China. PEN International demands their immediate and unconditional release, and calls upon its members to take action to publicise the deteriorating human rights climate in the People’s Republic of China.
John Ralston Saul, President of PEN International, says: ‘Liu Xiaobo’s words will not disappear whether he is isolated in prison or released. These are Chinese ideas that will continue to spread of their own volition. However, by keeping him in jail, the Chinese authorities are putting a loud speaker to his words. They should free him and let ideas take their natural course.’
Liu Xiaobo was arrested on 8 December 2008 and held under ‘residential surveillance,’ a form of pre-trial detention, at an undisclosed location in Beijing until he was formally charged on 23 June 2009 with ‘spreading rumours and defaming the government, aimed at subversion of the state and overthrowing the socialism system in recent years.’ He was sentenced to eleven years in prison on 25 December 2009 for his critical writings and his role in launching Charter 08, a declaration calling for political reforms and human rights published on 9 December 2008, which now has over 10,000 signatories from throughout China. Since 22 October 2010, two weeks after the Nobel announcement was made, his wife Liu Xia, a poet and photographer, has been held incommunicado under strict house arrest at her home in Beijing and is denied any contact with the outside world. At the December 2010 Nobel Peace Prize award ceremony in Oslo, Liu Xiaobo’s medal and diploma were presented to an empty chair."
— PEN International
Read more...
Posted by Elora Writers Festival at 12:12 PM