"swaddled in diaphanous layers of multimedia" 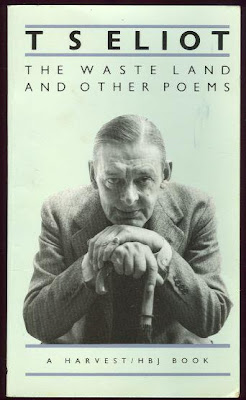 "I recently bought a book about the future of books. It’s called The Late American Novel: Writers on the Future of Books, and features twenty-six authors (including two n+1 editors) describing what they think might become of literature. Given the collection’s prophetic subtitle, and that I was reading it on my new, still-extraterrestrial-seeming iPad, I was surprised to find that very few of the authors mention e-books. Those who do tend to regard them with dread and disgust, like a farmhand studying a handful of fallen locusts. [...]
The e-book is usually said to have been invented in 1971, when an undergrad at the University of Illinois, Michael S. Hart, decided to upload The Declaration of Independence onto an ARPAnet server. Sitting in the Materials Research Lab among hulking, warmly breathing Xerox Sigma V processors, Hart went on to input and share, with a quixotic singularity of purpose, text after text, from Peter Pan to The Tempest. Few saw the revolutionary implications of his actions until years later, when his Project Gutenberg—which by then had uploaded thousands of books—began to attract copyright lawsuits and became a figurehead for the fledgling hacktivist and open source movements. Today, more than two million e-books are available for free download on the internet. Pair this abundance with an increasingly cheap (and perhaps one day soon, free) Kindle, and you have some counterweight to the dwindling local library. If those noble institutions exist at all in thirty years, our children will probably know them as quiet places to use computers and read e-books. You can already walk into one of 11,000 public libraries, from Manhattan to Missoula, and have e-books loaned to your Kindle. [...]
Those more skeptical of the expanded e-book model might be at least partly converted by the new, best-selling app version of T.S. Eliot’s The Wasteland, by Touch Press. Eliot’s poem comes swaddled in diaphanous layers of multimedia, which rise or recede upon command, including critical interpretations, Eliot’s own scribbled-upon drafts, and live readings by the author, Ted Hughes, Alec Guinness, Fiona Shaw, and Viggo Mortensen. Upon release, the app quickly topped the iTunes list of best-selling book apps, and for good reason. It is the best enhanced e-book yet devised, revivifying a text long buried under its own accumulated dust. And yet it still feels chimerical, incongruous—an old man with cyborg arms."
— Robert Moore, n+1 magazine
Read more...
Posted by Elora Writers Festival at 5:31 PM