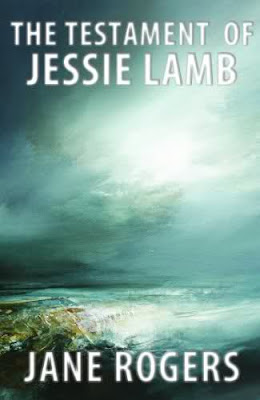 "Jane Rogers' vision of a world crippled by biological terrorism, The Testament of Jessie Lamb, has won the UK's top prize for science fiction, the Arthur C. Clarke award.
Published by tiny Scottish independent press Sandstone, Rogers' novel – narrated by a teenager – was longlisted for last year's Man Booker prize but missed out on a shortlist place. Now it has beaten some of the biggest names in science fiction, including China Miéville, Charles Stross, Greg Bear and Sheri S Tepper, to take the 2012 Arthur C Clarke award. Rogers has previously won the Somerset Maugham award and been a runner-up for the Guardian fiction prize, but The Testament of Jessie Lamb is her first venture into science fiction.
'It wasn't an obvious Arthur C. Clarke winner – it's not from a science fiction publisher but from a small Scottish press. But I don't think anyone was surprised it was nominated. It really is a very good book and it has found a real audience in the science fiction readership,' said the prize's director Tom Hunter. [...]"
— Alison Flood, The Guardian
Read more...

Buy this book, along with your Festival tickets, here...
Posted by Elora Writers Festival at 12:14 PM