Come and be read to... Carolyn Smart 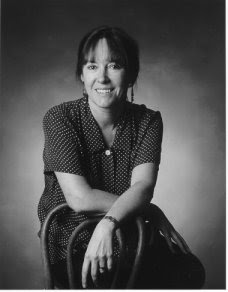 "Carolyn Smart’s first four collections of poetry and her prizewinning memoir, At the End of the Day, all drew on her own life for inspiration. In her most recent collection, Hooked, she turned instead to the lives of others, brilliantly recreating the voices of seven famous or infamous women, each born between the First and Second World Wars, each beset by obsession and addiction. According to poet Anne Michaels, Carolyn acts as 'a deeply feeling and deeply attentive witness,' for these seven women. [...]
Carolyn’s first collection of poetry appeared in 1981. Since then, she’s published five books, including Stoning the Moon and The Way to Come Home. Her poems have appeared in over 150 magazines and anthologies, she’s been shortlisted for a National Magazine Award, and in 1993 she won the personal essay category of the CBC Literary Contest."
— Kingston Writers Fest
Read more...


For more about Carolyn Smart and all the other fine Canadian writers who will be joining us on Sunday, May 27 go here...
Posted by Elora Writers Festival at 1:19 PM

Email ThisBlogThis!Share to TwitterShare to FacebookShare to Pinterest
Labels: At the End of the Day, Carolyn Smart, Hooked