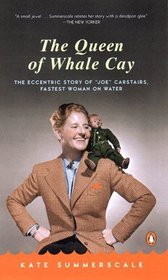 'Kate Summerscale was working on the obituaries desk at the Daily Telegraph when she came across the life of Marion Barbara Carstairs. Joe Carstairs, as she was known, was an eccentric heiress who earned the sobriquet 'the fastest woman on water' for motorboat racing, before withdrawing from public life to become ruler of the Bahamian island of Whale Cay. She had more than 100 girlfriends, but was to remain devoted until her death to an outsized doll, whom she christened Lord Tod Wadley. So unusual and intriguing was this story, Summerscale found that she 'wanted to fill in the delicate gaps that characterise obituaries, name the oddities suggested but left respectfully – or wryly – untouched.' The result was her first book The Queen of Whale Cay (pronounced 'key'), published in 1997, when she was in her early 30s. [...]

Summerscale describes herself as 'a journalist playing historian, and then trying to convert what I've found into something that approximates a novel'. As a child – her father was a diplomat and her childhood was spent abroad, in Japan and then Chile – she thought 'writing novels would be the best thing ever to do.' After attending Bedales boarding school, she studied English at Oxford, and became 'more realistic about writing,' going to Stanford in California to study a communications MA. Back in London, she began work as a subeditor on the Independent in its early glory days, when colleagues included Sebastian Faulks, literary editor at the time, and Allison Pearson. 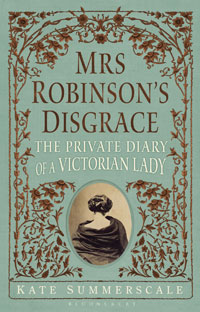 But it was the obits job on the Telegraph that really shaped her as a writer: 'It was a bit like being a biographer in brief – every day you'd write somebody's biography, writing in this very assured and often cheeky way about a completely different generation. The anonymity of the form gave you real freedom.' It also gave her an appetite for foraging in the newspaper archives: 'I loved getting the files down, forgotten fragments of people's lives – and they are fragments, because it is just the moments that they emerged into public view. It was fantastic fun to piece it all together and make stories out of it.'"
—Lisa Allardice, The Guardian
Read more... 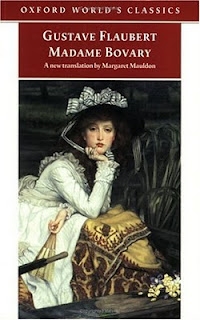 "Gustave Flaubert’s great novel Madame Bovary was published in France in 1857, after a notorious obscenity trial, but for almost 30 years no English publisher dared touch the book. An anonymous reviewer in a London paper described its principal character – an unhappy provincial wife who betrays her husband and then kills herself – as 'one of the most essentially disgusting' characters in literature. Women such as Emma Bovary, he wrote, threatened to destroy society from within. He reassured his readers that there was no danger that ; 'our novelists' would outrage public decency as Flaubert had done.
My new book, Mrs Robinson’s Disgrace, tells the story of an English Madame Bovary, a dissatisfied, well-to-do wife called Isabella Robinson who became infatuated with a series of young men. Like Emma Bovary, Isabella was tormented by her desires – sexual, intellectual, romantic – and longed to escape her arid, loveless marriage. In the years that Flaubert was composing his novel, from 1851 to 1856, Isabella was writing a private diary detailing the miseries of her domestic life and the bliss of her erotic encounters. Her personal narrative came to an end in 1856, the year Flaubert finished Madame Bovary, when her husband read and confiscated the diary."
— Kate Summerscale, Financial Times
Read more...

Get these books here...
Posted by Elora Writers Festival at 7:17 AM