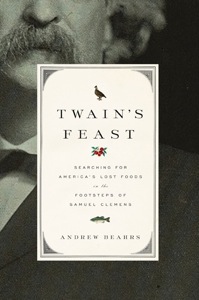 "To Mark Twain, San Francisco was coffee with fresh cream at the Ocean House, a hotel and restaurant overlooking the Pacific. He also had a decided fondness for steamed mussels and champagne. But most of all, San Francisco was oysters—oysters by the bushel at the Occidental Hotel, where the day might begin with salmon and fried oysters and reach its culinary climax at 9 p.m., when, Twain wrote in 1864, he felt compelled 'to move upon the supper works and destroy oysters done up in all kinds of seductive styles' until midnight, lest he offend the landlord. Every indication is that his relationship with the landlord was excellent."
— Andrew Beahrs, Smithsonian
Read more... 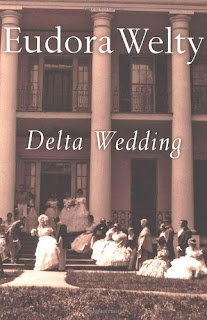 "Eudora Welty’s fiction includes some of the richest food imagery in Southern literature, as well as some of the richest female characters. Not coincidently, the two are often served together. By constantly placing her female characters in the kitchen and associating them with cooking or baking, Welty’s fiction suggests that women 'belong' in the kitchen. But this is not misogyny, as anyone who really takes the time to think about Welty’s fiction will realize: rather, Welty seems to be suggesting that women—like food—are not only nurturing and central aspects of life, but often the pillars of the family, that which sustains a family unit and community. A woman’s place in the kitchen, along with her 'kitchen rights' so to speak, represents the feminine powers of healing, nourishment, and strength."
— Gabrielle Stanton, OKRA
Read more... 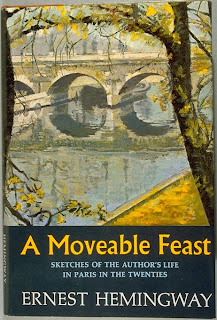 "The beer was very cold and wonderful to drink. The pommes à l'huile were firm and marinated and the olive oil delicious. I ground black pepper over the potatoes and moistened the bread in the olive oil. After the first heavy draft of been I drank and ate very slowly. When the pommes à l'huile were gone I ordered another serving and a cervelas. This was a sausage like a heavy, wide frankfurter split in two and covered with a special mustard sauce."
— Ernest Hemingway, A Moveable Feast (pg.73, via Apples and Ice Cream)
Read more...

Buy all these scrumptious books here...

Posted by Elora Writers Festival at 11:18 AM