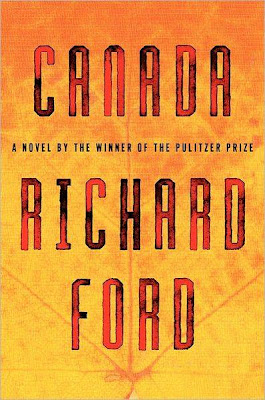 " [...] Ford wants us to imagine, we live at the mercy of larger forces, forces outside ourselves, forces that determine who we are. And yet, he insists by phone from his home in East Boothbay, Maine, that's not the case — or not exactly, anyway. 'Growing up in Mississippi,' he recalls, 'and being told that this defined me, set me on a path away from place as generative. When I started writing, I took the Toulouse-Lautrec attitude that place is background scenery. I didn't want the place I came from to be responsible for me.'
What Ford is getting at is a dual set of burdens: that of Southern history — '[W]e lived in an absurd racist society,' he told the Paris Review in 1996 — and of the Southern literary tradition, which, encompassing William Faulkner, Flannery O'Connor, Eudora Welty, Tennessee Williams and Carson McCullers, left him feeling 'there was no place here for me.' With his new novel, Canada (Ecco: 420 pp., $27.99), however, he has come to acknowledge that the issue of place is perhaps less clear-cut, more deterministic, than he may have thought. [...]
The book, which takes place primarily in Montana and the Canadian province of Saskatchewan, is a return, of sorts; set in summer and fall 1960, it is narrated by 15-year-old Dell Parsons, who must learn to fend for himself after his parents are arrested for robbing a bank."
— David L. Ulin, Los Angeles Times
Read more...

Get all of Richard Ford's books here...
Posted by Elora Writers Festival at 2:42 PM