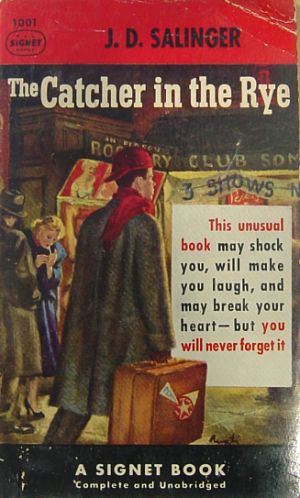 "Plucky, ailing Tiny Tim is one of the most enduring characters to come out of Charles Dickens' 1843 novella A Christmas Carol. But Dickens never explains why Tiny Tim wears leg braces and uses a crutch, nor does he make clear what will kill the young boy if the miserly Ebenezer Scrooge doesn't change his ways. [...]
Tiny Tim's life in cramped, polluted London would have set him up for both rickets and tuberculosis, [Dr. Russell] Chesney said. At the time, 60 percent of children of working-class London families had rickets, brought on by poor nutrition and lack of sunlight. (London's coal-choked skies blocked the sun's ultraviolet light that helps the body synthesize vitamin D.)
At the same time, half of working-class kids had signs of tuberculosis, Chesney reported Monday (March 5) in the journal Archives of Pediatrics & Adolescent Medicine. Tiny Tim's rickets could have been reversed — and his tuberculosis improved — by sunshine, a better diet and cod liver oil, a supplement rich in vitamin D, Chesney said."
— Huffington Post
Read more...

"It's tough to pin down the exact personality traits of Sherlock Holmes, since his story has been recycled in so many incarnations. He's the most-portrayed fictional character in the world, running the gamut from Basil Rathbone playing a jolly English gentleman who fights Nazis to Robert Downey Jr.'s Victorian Rain Man/MMA fighter. But there are some key characteristics in the original Arthur Conan Doyle version that tend to crop up again and again, and they all indicate a severe case of Asperger's. [...]
The first thing to keep in mind is that the character isn't just portrayed as being really smart -- he is obsessed with certain subjects and totally excludes all others. In one of the Holmes stories, A Study in Scarlet, he doesn't know that the Earth revolves around the sun (because, he says, the information doesn't have any effect on his everyday life). These uneven obsessions with random topics -- in Holmes' case, things like tobacco ashes and regional soil consistency -- are not signs of an enthusiast; they are symptoms of a disorder. Or, as the Yale Child Study Center puts it, Asperger's sufferers show '...a narrow range of capacities for memorizing lists or trivial information, calendar calculation, visual-spatial skills such as drawing, or musical skills involving a perfect pitch or playing a piece of music after hearing it only once.'"
— Chris Radomile, Amanda Miller, Cracked.com
Read more...

"It was not until the 1970s and 1980s, in two essays, that any attempt was made to account for Holden [Caulfield, the 16-year-old protagonist of author J. D. Salinger's The Catcher in the Rye] in primarily psychological terms. E. H. Miller wrote in 1982 that 'most critics have tended to accept Holden's evaluation of the world as phony, when in fact his attitudes are symptomatic of a serious psychological problem.' Miller, 'instead of treating the novel as a commentary by an innocent young man rebelling against an insensitive world or as a study of a youth's moral growth,' tries to show that Holden's 'rebelliousness is his only means of dealing with his inability to come to terms with the death of his brother.'
In contrast, the other psychoanalytic critic, James Bryan—who theorizes that Holden is ruled by a suppressed incest wish directed toward his ten-year-old sister, Phoebe—does not conclude that Holden's insights are undermined by his having psychological difficulties. The psychological approach, then, though it insists on a fairly serious diagnosis of Holden, does not definitively establish the grounds either for dismissal or endorsement of his social critique. What it does establish is that Holden's observations and his mental state are manifestly related to one another. [...]"
— Peter Shaw, Literature Resources Center
Read more...
Posted by Elora Writers Festival at 3:31 PM