“The planet Earth, formerly called Teegeeack, was part of a confederation of planets under the leadership of a despot ruler named Xenu.” — L. Ron Hubbard 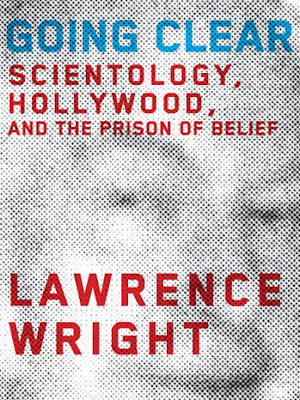 "[Lawrence] Wright’s book, Going Clear: Scientology, Hollywood, and the Prison of Belief, makes clear that Scientology is like no church on Earth (or, in all probability, Venus or Mars either). The closest institutional parallel would be the Communist Party in its heyday: the ruthless struggles for power, the show trials and forced confessions (often false); the paranoia (often justified); the determination to control its members’ lives completely (the key difference, you will recall, between authoritarian and totalitarian regimes, according to the onetime American ambassador to the United Nations Jeane Kirkpatrick); the maintenance of something close to prison camps where dissenters, would-be defectors and power-struggle rivals were incarcerated in deplorable conditions for years and punished if they tried to escape; what the book describes as mysterious deaths and disappearances; and so on. Except that while the American Communist Party, including a few naïve Hollywood types, merely turned a blind eye to events happening in faraway Russia, Scientology — if Wright is to be believed, and I think he is — ran, and maybe still runs, a shadow totalitarian empire here in the United States, financed in part by huge contributions by Tom Cruise and others of the Hollywood aristocracy."
— Michael Kinsley, The New York Times
Read more…

Buy this book, and all of L. Ron Hubbard's books here...
Posted by Elora Writers Festival at 3:11 PM