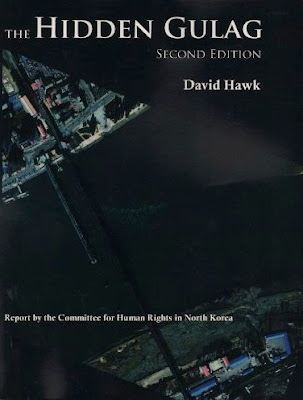 "Earlier this month Google executive Eric Schmidt embarked on a journey to North Korea, one of the world's most secretive and Internet-restrictive countries.
While the U.S. State Department publicly criticized Schmidt's timing and intentions, human rights activists have seen the visit as a reminder of something significant. As Irish outlet RTE News reports, many believe that Google Earth is invaluable in revealing evidence of North Korea's system of prison and labor camps, which are said to number in the dozens.
Human rights groups estimate that upwards of 250,000 political prisoners suffer through starvation and intense manual labor in these camps, with blogs like One Free Korea compiling everything we know about these locations. Managed by Washington lawyer and North Korea activist Joshua Stanton, the blog details six prison camps — three of which Stanton uncovered."
— Drew Guarini, Huffington Post
Read more…

"The internment camps operate under a 'guilt-by-association' system (yeon-jwa-je), which means that extended family members of the accused – for up to three generations – are also punished. This punishment-by-lineage system exploits the significance of familial bonds and personal sacrifice within Korean culture, and empowers Kim Jong Il’s regime to persecute by birthright and to exert discipline and control through fear of such persecution.
There are several types of prisons that have fluctuated in capacity and severity over the past half-century. Satellite images of North Korea’s gulags are posted in NKN’s Film & Photo section, under Photographs of North Korea’s Gulags. These images were collected and published by David Hawk and the Commission for Human Rights in North Korea in 2003."
— North Korea Now
Read more...