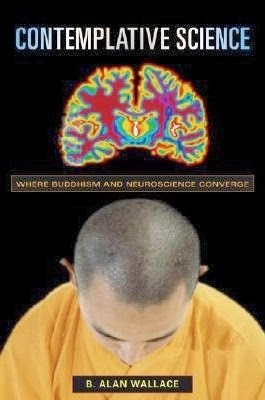 “Science has long treated religion as a set of personal beliefs that have little to do with a rational understanding of the mind and the uni-verse. However, B. Alan Wallace--former monk, assistant to the Dalai Lama, and respected Buddhist scholar--proposes that the contemplative methodologies of Buddhism and of Western science are capable of being integrated into a single discipline: ‘contemplative science.’”
— Alan Wallace, Wisdom Quarterly
Read more…

"Over time, the practitioner [of shamatha meditation] begins to notice the sheer quantity of thoughts and feelings that his mind is generating. He sees the way that these mental phenomena have a mysterious life of their own — that they arise from nowhere and then disappear again. He starts to realize that it is possible to see thoughts and feelings without judging them, reacting to them, or identifying with them.
As this happens, the practitioner begins to notice some of the stories he tells himself. Some of these are big stories — about the kind of person he is, the ‘meaning’ of his life, and so on. Others are much smaller — his narrative about why he should buy this toothbrush rather than that one, for example. But in both cases he starts to see that these stories are simply composed of thoughts and feelings — like a string of popcorn on a Christmas tree. In other words, he sees that his stories about himself are made-up, too. (Practitioners of contemporary cognitive behavioural therapy — CBT — might find such insights familiar.) […]
OCD often feels like a Choose Your Own Adventure novel, except that all the choices suck and all the adventures hurt. However, as I’ve begun to learn through Buddhist study and ritual, those ‘choices’ are illusory, and there’s no one being hurt. In fact, there’s no one there at all. The attempt to attain pleasure or avoid pain, to stay consistent with a storyline, to ensure some kind of outcome, to be somebody — this is what causes so much suffering.”
— Matt Bieber, aeon 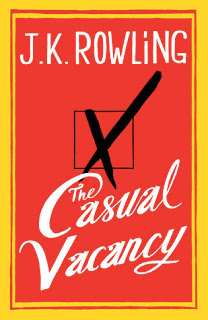 “JK Rowling has revealed that the OCD-afflicted lead character in her new novel was actually inspired by her personal experience with the disorder.
The 'Harry Potter' author describes how her own battles with anxiety and depression helped shape her protagonist in her new adult novel The Casual Vacancy.”
— ANI, Yahoo!
Read more…
Posted by Elora Writers Festival at 12:39 PM