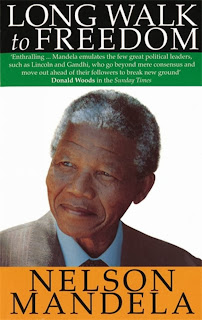 “Growing up in apartheid South Africa with widespread state censorship, it was hard to get to know our political leaders. The first time I actually saw a photograph of Nelson Mandela was in high school in the mid-1980s.
A braver classmate had managed to sneak a few grainy images into our school — a full-face, younger Mandela, his fellow Robben Island inmate Walter Sisulu and the South African Communist Party leader Joe Slovo. We knew bits and pieces about the history of the struggle against white supremacy in our country, since apartheid-era history textbooks told only the manifest destiny-like tale of white settler triumph and the 'statesmanship' of figures like the mid-century Prime Minister Jan Smuts.
So, the years since the end of apartheid meant catching up on our own history. After I came to the U.S. in 1995 to study at Northwestern University, I spent my Friday afternoons in the library, watching films that had been banned in South Africa. […] 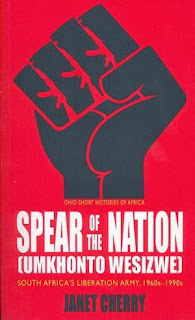 Since Mandela's release from prison in 1990 the myths and stories about him have grown, through many narratives constructed by journalists and the numerous films made about him and the many books written about his life. But these three, I think, provide a good introduction to this remarkable man, who always insisted that he was part of a larger struggle and a movement. [...]”
— Sean Jacobs, NPR Books
Read more…
Posted by Elora Writers Festival at 11:22 AM