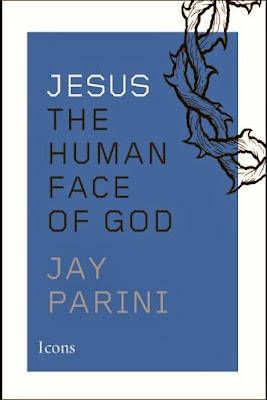 “Most of us will for a time occupy this anxious, transitional space between two worlds, as described by Lord Byron in Don Juan (Canto Fifteen): 'Between two worlds life hovers like a star, / ’Twixt night and morn, upon the horizon’s verge.'
Holy Saturday unfolds in this dark space, in the tomb where Jesus lay in a kind of unrealized state, perhaps plunging into psychic or spiritual depths in what has often been called the Harrowing of Hell — a legend without much scriptural basis suggesting that Jesus made a kind of wild descent, with mythic overtones, into the underworld.
In fact, mythologies often describe a turn when the hero descends to a deep pit or a place of psychological, spiritual, or physical confinement, as when Jonah spent three days in the belly of the whale or Gilgamesh descended into the underworld in a quest for immortality. Nearly all heroic or mythic tales include a part of the heroic cycle where the hero visits some version of Hell or Hades in his or her quest for immortality (Ishtar, the Babylonian goddess, is a female example).
In any case, the Sacred Sabbath, as it’s often called with reference to Easter weekend, represents a place where Jesus dives into the darkness before the Resurrection. It lies between two loud claps of thunder, an emptiness wherein we sense a horrifying loss of life, on the one hand, yet remain expectant: in a state of gradually realizing awareness of the life to come. […]
In John, Jesus passes through locked doors like a ghost — an unsettling image that suggests an incorporeal aspect, stressing his spiritual nature. In Luke 24:41–43, he astonishes his disciples by eating 'a piece of broiled fish' as well as swallowing honey.
It’s as if, by looking at him, they didn’t expect as much. He has to prove his real presence. For the most part, the appearances of Jesus retain a dreamlike quality, as in Paul’s conversion on the road to Damascus, where he hears a voice from the Lord, which says: 'I am Jesus, the one whom you persecute' (Acts 9:5). When Paul opens his eyes, however, he sees nothing. The spirit has vanished.
Huge questions confront anyone thinking about Jesus. Did he really rise from the dead? Was there an actual Resurrection? If so, what would that look like? A large number of Christians throughout history have imagined a resuscitation, refusing to countenance the slightest hint that the Resurrection should be regarded as something beyond human understanding. I myself would argue this: life and death are mysterious, at best, and the membrane between the living and the dead is a porous one, perilously thin.”
— Jay Parini, Salon
from his book Jesus: The Human Face of God
Read more…

Email ThisBlogThis!Share to TwitterShare to FacebookShare to Pinterest
Labels: a piece of broiled fish, Jay Parini, Jesus, Lord Byron, resuscitation, Sacred Sabbath, the membrane between the living and the dead, the Resurrection