“My erection beat time in my underwear.” 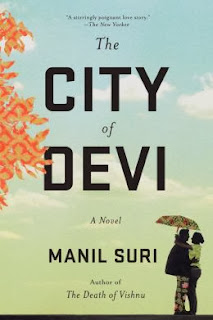 “An ecstatic bisexual orgy, which climaxes against a backdrop of imminent nuclear annihilation, has secured the prized Bad Sex in Fiction award for Manil Suri and his novel, The City of Devi.
The Indian-born author joins Sebastian Faulks, Melvyn Bragg and Tom Wolfe among the pantheon of writers recognised by the Literary Review for producing the 'most egregious passage of sexual description in a novel.'
Suri triumphed over authors including William Nicholson, who said he was 'ashamed' to have been shortlisted and Woody Guthrie, the Depression-era folk singer whose posthumously-published novel House of Earth featured ripe descriptions of hillbilly humping.”
— Adam Sherwin, The Independent
Read more…

Buy all the books mentioned in this article here...
Posted by Elora Writers Festival at 12:23 PM