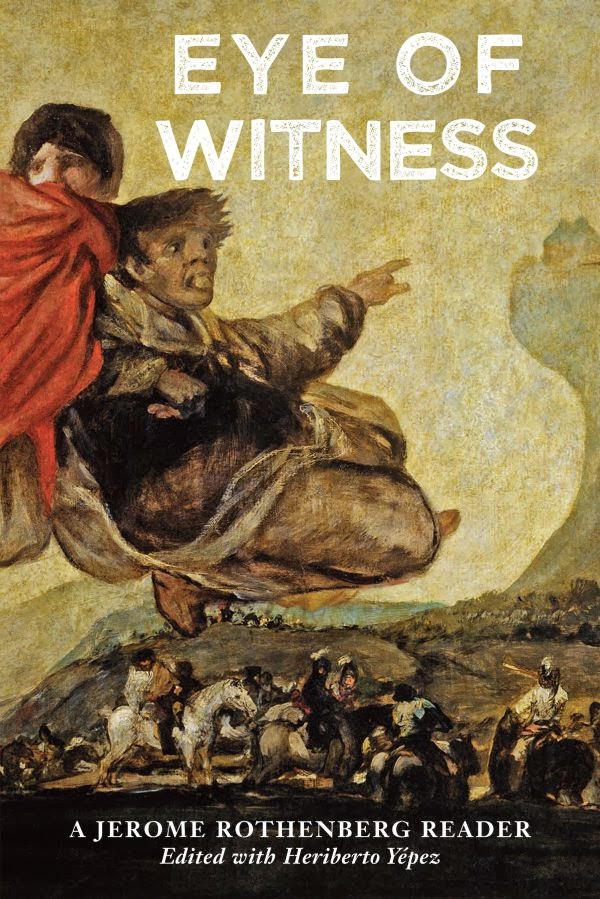 “Jerome Rothenberg changed the course of poetics with the opening statement to his landmark Technicians of the Sacred: A Range of Poetries From Africa, America, Asia, Europe & Oceania: 'Primitive means complex.'
The 1968 anthology was the result of his search for a better understanding of poetry. 'There was a sense I had that what we knew about poetry was really very limited,' the San Diego poet said by phone. 'Poetry exists everywhere, and takes many different forms, and I began - just for my own pleasure and edification - to look into that (while) in the process also of writing poetry, so it was feeding my own work. And it was in conversation with many other poets.
'In the late 1960s I had been looking into all poetry from around the world, particularly in some non-state cultures, what were then being called 'primitive cultures,' and found a very rich body - many different bodies of poetry there. […]'
Technicians of the Sacred effectively launched ethnopoetics, a field that ties poetry to anthropology by recording oral poetry and narrative performance onto the page in a way that reveals the poetry at its source. In practice, ethnopoetics achieves a better understanding of the fundamental nature of poetry.
Assembling that book transformed Rothenberg's own poetics, too: He became immersed in performance poetry, embracing multiculturalism by incorporating rituals from other cultures into his writing.
'I began to look at poetry as international in scope,' he said. 'There's a lot of interchange with Europe, with Asia, certainly with Latin America.'
In the preface to Eye of Witness: A Jerome Rothenberg Reader, which was published in September, he expounds on this: 'My pursuit of a kind of transcultural or global poetics: a poetry rooted in its place but capable of crossing borders and languages to become a virtual omnipoetics.'"
— Evan Karp, SFGate Read more…
Posted by Elora Writers Festival at 3:15 PM