"Even if it sounds a bit cheesy, pursue your dreams.” 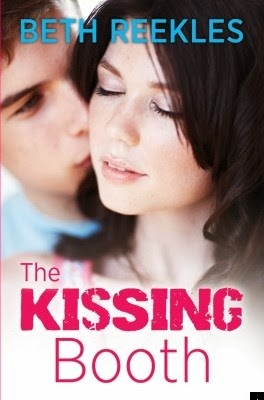 “Life is very full for 18-year-old Beth Reeks. Like every first-year university student she is juggling studies, a hectic social life and the challenge of living away from home for the first time.
But unlike her peers at Exeter University, Reeks is also having to find time to finish off her third novel – and is now coping with the responsibility of being billed as one of the world's most important young role models.
Reeks – who writes romantic fiction for young adults under the pen-name Beth Reekles – was earlier this month named by Time magazine on a list of the 16 most influential teenagers in the world alongside entertainment stars such as Lorde and Justin Bieber, sporting stars including swimmer Missy Franklin and Barack Obama's daughter Malia. […]
For those yet to catch up with Reeks's work, she began writing love stories about teens partly because she was fed up with so many books aimed at young people being about vampires, werewolves and wizards (though she grew up on Harry Potter herself and cites JK Rowling as one of her role models).
She self-published her first novel, The Kissing Booth, a rollicking romance set in California, on Wattpad, the story-sharing website, and watched amazed as her tale attracted 19 million readers across the globe.”
— Steven Morris, The Guardian
Read more…
Posted by Elora Writers Festival at 11:52 AM