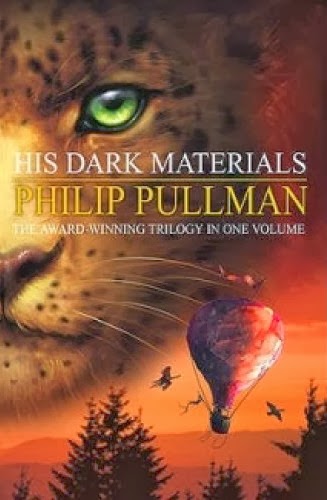 “The most impressive thing about meeting Philip Pullman is how unimposing he is. Renowned as a master of mythologies, casting a cultural shadow that stretches from Hollywood films to intellectual debates about atheism and faith, you’d expect his Oxfordshire house to be some kind of remote, brooding mansion. Instead, I ring on the door of a roomy but low-key suburban household, feet away from the main road in a commuter-belt village. Tall, diffident, if a little wary at first, Pullman shows me to the comfiest sofa by the fire, and makes a pot of his trademark tea (three spoons of Assam to one of Lapsang Souchong). Rather than a magus or self-absorbed thinker, the author of the world-famous fantasy trilogy His Dark Materials reminds me more of a circumspect but kindly English teacher — which, of course, he was for many years.
Any residual wariness falls away as Pullman takes me out to his small woodworking shed. He apologises that it is a bit of a mess, but it looks like a cherished — almost fairytale — workshop to me, with its racks of shiny chisels and rounded mallets. When we return to the fire, Pullman tells me that he made the table-cum-stool in front of it himself, his first bit of upholstering. More impressive still is the rocking horse in the centre of his study, surrounded by stacks of books. The wood and gesso creation took him years to make, but it’s now ready for Christmas and the arrival of his grandchildren. Almost immediately, he’s remembering his own childhood, with Christmases at his grandfather’s rectory in Norfolk, and talking about the early death of his father, a Spitfire pilot. […]
‘Among other things’ would be a great motto for Pullman’s ambivalence (or should that be multivalence?) about matters of belief, fiction and science. He is of the old school of secularism which holds that faith should be kept out of the public sphere, but still refuses the kind of inquisition that seeks to root out mistaken beliefs: ‘What you feel and believe are private to you and belong to nobody else,’ he counters. ‘What you do in the public sphere is what’s important.’”
— Peter Jukes, aeon
Read more…

And buy all of his books here...