"There is a crack, a crack in everything/That's how the light gets in" — Leonard Cohen 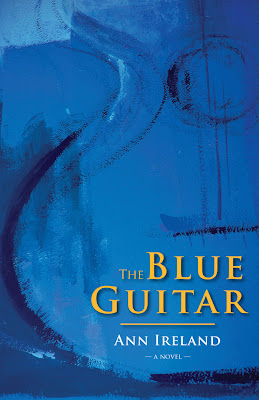 "For nearly three decades, Ann Ireland has been peering behind the layers into the psychology of the artist. Her 1985 award-winning first novel, A Certain Mr. Takahashi, explores the tension between two sisters in love with a Japanese pianist. And her 1996 novel, The Instructor, and the 2002 Governor-General’s Award short-listed novel Exile, both examine treacherous relationships in the visual and literary arts.
Ten years later, Ireland turns an observant eye – or ear, I should say – to the world of competitive music [...].
The novel draws a lot of parallels between creativity and mental illness. Depending on your experience, you’ll either be convinced by Ireland’s lumping of assorted matters of the mind with creativity, or you won’t.
However, what Ireland does exceedingly well is mimic a creative mind under intense pressure. She has the ability to render acoustic sound in language that is beautiful and startling."
— Jessica Michalofsky, The Globe and Mail
Read more…
Posted by Elora Writers Festival at 12:22 PM

Email ThisBlogThis!Share to TwitterShare to FacebookShare to Pinterest
Labels: Ann Ireland, Jessica Michalofsky, The Blue Guitar, the pathology of creativity