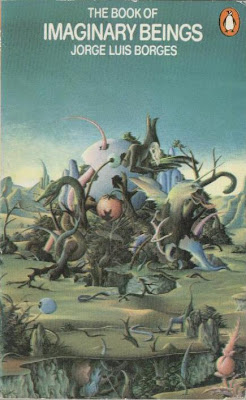 “California-based Internet entrepreneur Valla Vakili had a vision.
'I wanted to do something that caters to pathological obsession,' he announced at a recent high-tech conference. He said he wanted to monetize 'perversion' by 'mainstreaming' it. And as a result of his efforts in that cause, he has emerged as the latest white knight riding to the rescue of a beleaguered book industry. [...]
Like so many other Internet sensations, would-be and real, Small Demons provides answers to questions that nobody ever thought of asking. A growing electronic index that aims to tag and cross-reference the occurrence of almost every person, place and thing mentioned in almost every 'narrative' book ever written, it won’t just tell you what type of car James Bond drove in which novel, it will tell you the name of every other fictional and many real characters who drove the same types of cars, visited the same cities or seduced similar spies. [...]
Navigating the Storyverse becomes a game – an obsessive one, if all goes according to plan – that no writer ever anticipated. The honourable exception, according to Vakili, would be, whose story Tlön Uqbar Orbus Tertius describes a minutely constructed fictional universe infiltrating and taking over the 'real' one. 'The history of the universe is the handwriting produced by a minor god in order to communicate with a demon,' Borges wrote. [...]
The eagerness of publishers to enter Small Demons' trippy Storyverse reflects the immediate crisis facing their trade: the death of bookstores and the concomitant end of browsing. So far, neither social media nor e-store algorithms ('customers like you also bought …') have proved able to recreate the serendipity that once helped sell so many physical books. Publishers love Small Demons because it opens new avenues of 'discoverability,' according to Vakili. [...]
'Every city and every place has a history that is both real and imagined,' Vakili said. People too. 'We want to bring them closer to each other.'”
― John Barber, The Globe and Mail
Read more...

Get everything by Jorge Luis Borges (and touch other real books) here...

Posted by Elora Writers Festival at 9:54 AM