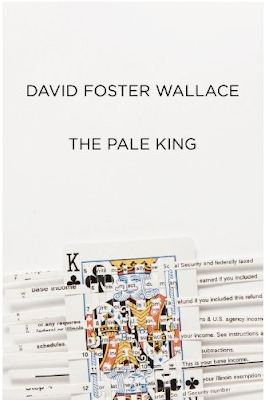 "The writer must write knowing that the reader is more intelligent than he. The reader knows something the writer and his editor do not. He knows the future, he will be there when we are gone."
— Italo Calvino (The Uses of Literature)

"The New York Times journalist A.O. Scott once described David Foster Wallace as ‘nearly impossible to quote in increments smaller than a thousand words.’
[...] Dave Eggers dispels some misconceptions in his foreword to Infinite Jest. 'A Wallace reader gets the impression of being in a room with a very talkative and brilliant uncle or cousin who, just when he’s about to push it too far, to try our patience with too much detail, has the good sense to throw in a good lowbrow joke.’ This conversational style is equally evident in Wallace’s collections of journalism, A Supposedly Fun Thing I’ll Never Do Again (1997) and Consider the Lobster (2005). Wallace wrote on subjects ranging from Kafka to professional tennis, the campaign trail and the bizarre purgatory of cruise-ship holidays, all with the same unrelenting intelligence, eye for the absurd and determined lack of pretension.
Wallace’s dismally early death, by his own hand at the age of 46 in 2008, means that most articles about him read like eulogies. This can only add to the doubter’s impression of him as a cultish figure, turning out worthy post-modern tomes. In fact he is entirely accessible; his writing can be hyperactive, verbose and sprawling, but he is a master of old-fashioned skills like story-telling and joke-cracking. As Zadie Smith said: ‘A visionary, a craftsman, a comedian…he’s in a different time-space continuum from the rest of us. Goddamn him.'’’
— Victoria Beale, Intelligent Life Magazine
Read more...

"On September 12th, 2008 David Foster Wallace left this strange and hazy world we inhabit. Like some choose to, Mr. Wallace left early, by his own hand. He left behind a wife, friends, students and fans. He also left behind an unfinished novel [The Pale King] that, even in its imperfect form, so far, once again showcases the man’s genius. The problem with genius is, as I’ve lamented, studied and pondered for years, it is the noisy upstairs neighbor to insanity. Van Gogh knew it. Artaud knew it. William S. Burroughs may have known it. And Wallace knew it. So when you take that into consideration, and think, 'What might this man who had and understood so much, what might he have known that tipped the scale?' you enter a dark and slippery slope. A frightening path to tread, but one that no doubt will be with me the entire time I plod sometimes quickly and in delight, other times perhaps cumbersomely through The Pale King, looking for answers that may not be inherently easy to access but will be damn enjoyable pondering. I like to think Mr. Wallace would want it that way."
— Shawn C. Baker, CHUD.com
Read more...