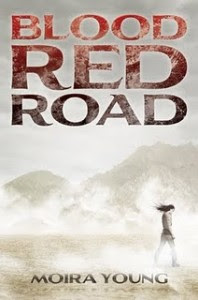 "A literary punch-up that had been brewing for a while finally erupted between a bunch of readers, authors and agents on Goodreads – the vast online site where millions of members discuss the world's books. In the same week that award-winning children's writer Anthony McGowan caused a stir with his 'scorching' Guardian review of Blood Red Road by Costa winner Moira Young, the Goodreads flame war flared across Twitter, sparked by writers and agents who seemed to be stamping on negative reviews.
It all started with a 'snarky' (or 'honest,' depending on who's side you're on) review of a much-hyped YA novel, Tempest by Julie Cross, just published in the UK by Macmillan Children's Books. A sarcastic response and put-downs of reader views on the Goodreads site by Cross's author friends, and comments by her agent, caused outrage. While Cross responded gracefully, other YA authors and agents took the fight to Twitter in a spectacularly misjudged bout of reader-bashing, 'sneering at the people who make their ****ing books reach the NYT bestseller list,' The Bookwurrm judged.
Things escalated further as authors and agents publicly discussed rigging the ratings on Goodreads and Amazon to push up the visibility of good reviews and 'hide' bad ones."
— Julie Bertagna, The Guardian
Read more...
Posted by Elora Writers Festival at 10:28 AM