Come and be read to... Howard Shrier

"Great detective novels operate on the assumption that any average citizen may have calamity waiting around the next corner. And when calamity strikes, that citizen will need to find a champion with the savvy, skill and strength to set the world right again. Howard Shrier, a mystery writer who was born and raised in Montreal and currently lives in Toronto, knows plenty about surprises. 'I started out as a crime reporter at the Montreal Star in 1979,' he says. 'Every day is a complete mystery. You never know what will happen, good or bad, at any given time.'
It is this sense of mystery and fascination with the unexpected that inspired Shrier to leave a lucrative job in corporate communications to complete his first mystery novel, Buffalo Jump, published in 2008.    The novel features the Jewish detective Jonah Geller, a martial arts expert hyper aware that his mother would have preferred him to have taken on a more traditional profession – like medicine or law.
Though Geller is an atheist, he names his business World Repairs Detective Agency, a play on the Hebrew phrase tikkun olam, the moral imperative to heal the world."
— The Gazette
Read more... 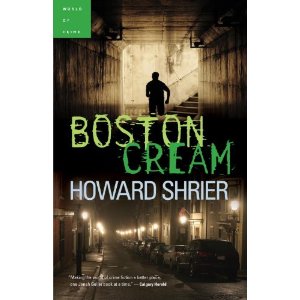 "PDD: You were a police reporter. I think most of us have the old movie image of some guy in a battered hat and trench coat who is either not going to make waves in the police department or is a young, hot blood out to expose police corruption. What does a police reporter really do?
Howard Shrier: I joined the Montreal Star (sadly, now defunct) in 1979, just before I graduated journalism school. And the place they would stick green rookies like me was the police desk. It was a fascinating job in many ways. [...]"
— Howard Shrier in conversation with mystery blog, Poe's Deadly Daughters
Read more...

For more about Howard Shrier and all the other fine Canadian writers who will be joining us on Sunday, May 27 go here...
Posted by Elora Writers Festival at 6:48 PM