“…the overmanaged, time-sucking, and keystroke-counting world of work.” 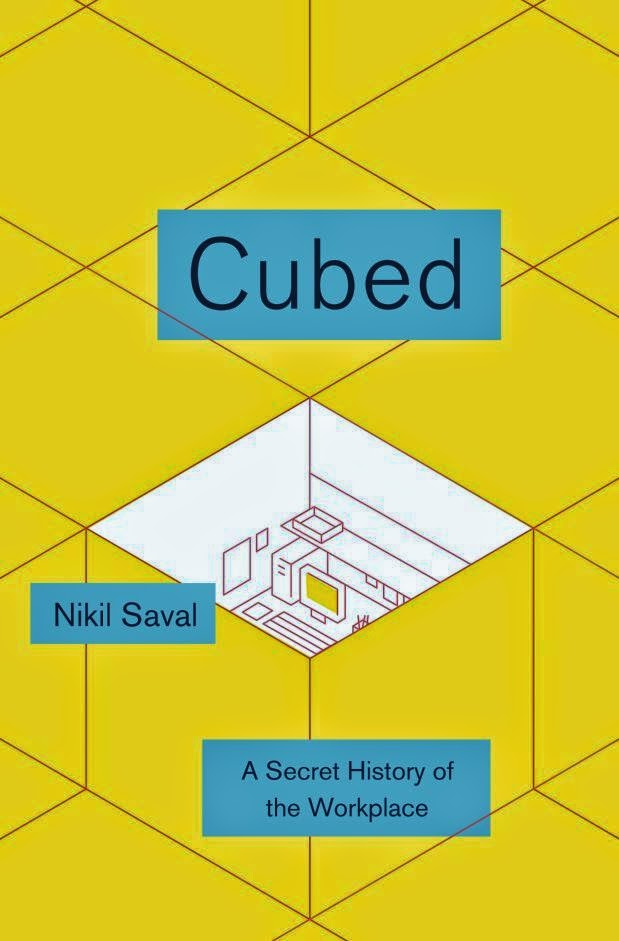 “[…] Cubed [ by Niki Saval] takes us on the happy journey from cozy countinghouse rooms at the turn of the last century to open-plan offices in the wide-open ’60s and ’70s to the heinous hell-boxes born out of the mass layoffs of the ’80s. In the wake of this latter shakeout, Saval writes, 'corporations responded by giving a privileged elite the few remaining offices while cramming everyone else into partitioned spaces.'
This was the era famously captured by Douglas Coupland’s Generation X, in which he birthed the phrase 'veal-fattening pen' as a painfully accurate description of the office cubicle. These holding facilities, Coupland memorably observed, were 'small, cramped office workstations built of fabric-covered disassemblable wall portions and inhabited by junior staff members. Named after the small pre-slaughter cubicles used in the cattle industry.' A grim stop, in other words, where the life-hating, managerially disrespected masses can kill time until they’re led to their own metaphorical killing floor to be laid off.
All this talk of design and repression brings to mind the resemblance Black Panthers first pointed out between slave-ship design and the layouts of supermax prisons. Saval gives us statistics on the dimensions of a standard worker-bee workstation circa 2006, 'when the average cubicle was seventy-five square feet.' According to the latest information, the average Solitary Housing Unit at Pelican Bay supermax averages about eleven and a half by seven and a half feet. So in this case, if in few others, convicts serving time in solitary come out ahead of salaried cubicle dwellers.”
— Jerry Stahl, BookForum
Read more…