Hardboiled with a soft centre 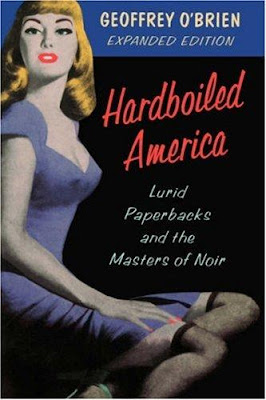 "Richard Hallas was a pseudonym for Eric Knight, an Englishman otherwise known, surprisingly enough, for penning the lachrymose novel Lassie Come-Home. Crossing continents as well as genres, Knight would only publish one hardboiled novel [...]. One can’t help but wonder how Knight could write a saccharine tale about a faithful dog, and, virtually at the same time, a hardboiled novel filled with murder, robbery, gambling, blackmail, scams, and suicide. Even more perplexing is the harsh critical reaction he received for You Play the Black [and the Red Comes Up]."
[...] Whether thanks to Lassie or to his service record, Knight had attained such fame that Peter Hurd (Andrew Wyeth’s brother-in-law) painted his portrait. In it, Knight stands against a mountain range, wearing a blue shirt and a pencil moustache. He looks like an emaciated Errol Flynn. The portrait isn’t featured in any reference work for noir fiction. Nor does it hang in any World War II museum. Instead, it adorns a website devoted to — you guessed it — border collies, above a picture of a sculpture Knight himself carved of his favorite canine. In the biography and bibliography that accompany the images, You Play the Black is conspicuous by its absence."
— Woody Haut, Los Angeles Review of Books

(Woody Haut is the author of Pulp Culture: Hardboiled Fiction and the Cold War; Neon Noir: Contemporary American Crime Fiction; and Heartbreak and Vine: the Fate of Hardboiled Writers in Hollywood, all published by Serpent’s Tail.)
Read more...

"Hard-boiled is attitude. Attitude to the core. It’s also a lot more. Some may think it’s only fiction about violence, often very brutal violence, but that’s not a necessary ingredient. Violence is there because we’re talking about realistic crime fiction when we talk hard-boiled, and that means you lay it out truthfully to the reader. Don’t sugarcoat the truth, don’t play it cute. The attitude comes from realizing that truth. No matter how truly rotten or violent it may be. Knowledge of that truth can not help but effect the writer, or his characters, and if done well, the reader as well." — Gary Lovisi, Gryphon Books
Read more...