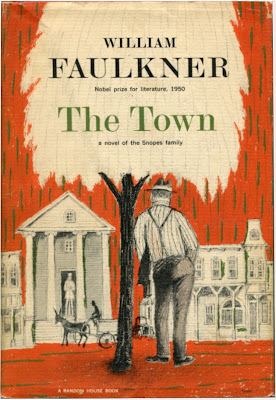 OXFORD, Miss. — Five decades after his death, William Faulkner still draws literary pilgrims to his Mississippi hometown, the 'little postage stamp of native soil' he made famous through his novels.
Oxford inspired the fictional town of Jefferson that was a frequent setting for his stories, and it's commemorating the 50th anniversary of the Nobel laureate's death Friday [today] with several events that include a tag-team reading of his novel, The Reivers, beginning about daybreak.
Roughly 25,000 people a year visit Faulkner's antebellum home, Rowan Oak, which is now owned by the University of Mississippi. The author's meticulous handwriting appears on the walls of his downstairs office. Using pencil, he outlined events of his 1954 novel, A Fable.
William Griffith, the Rowan Oak curator since 1999, said writing was a 'demon-driven' task for Faulkner.
'You're going to hear about the agony and the sweat and the difficulty and the compulsion,' Griffith said. 'You're not going to hear anything about how great it was, how relaxing and beautiful it was. None of that. He just did what he had to do to get it done.'"
— Emily Wagster Pettus, Huffington Post
Read more...
Posted by Elora Writers Festival at 11:38 AM