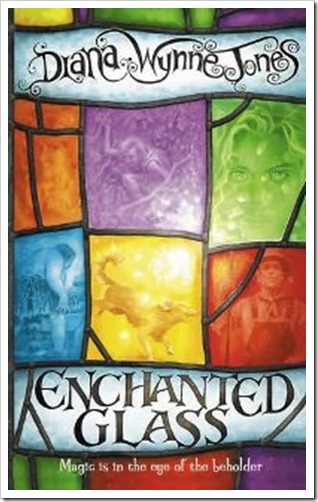 "A new book from the - hugely prolific - Godmother of British fantasy fiction [Diana Wynne Jones] is always a cause for celebration in Verbal HQ. Long before Philip Pullman’s Lyra first blundered her way into a parallel world, Wynne Jones’s characters had them explored, mapped and settled. Before Harry Potter and Hogwarts were a twinkle in J K Rowling’s eye, this underappreciated author was penning captivating stories about boy (and girl) wizards that enchanted any child lucky enough to stumble across her novels in the local library or bookshop."
— Verbal
Read more...

"Like many good writers, Diana Wynne Jones, who [...] died [March 26, 2011] aged 76 of cancer, worked for long years in relative obscurity, in her case sustained as a children's fantasy author by a modestly sized but devoted young readership. That obscurity provided the freedom to develop her own voice without the distractions of having to build on perceived success. By the time real success found her, in Jones's case almost by chance, she was a mature writer with a solid and varied body of work that was ready to be appreciated by a much bigger new audience. Her intelligent and beautifully written fantasies are of seminal importance for their bridging of the gap between 'traditional' children's fantasy, as written by CS Lewis or E Nesbit, and the more politically and socially aware children's literature of the modern period, where authors such as Jacqueline Wilson or Melvyn Burgess explicitly confront problems of divorce, drugs and delinquency.
[...] Both [her] parents were intellectuals and progressive educators, but were stingy not only with money but also with warmth and attention. The skinflint father bought the children a complete set of Arthur Ransome books as Christmas presents, but doled them out at a rate of one a year. In self-defence Jones began to write stories for her sisters and herself. When the second world war broke out Jones and her family were evacuated to the Lake District, eventually living in the house once inhabited by the Altounyan children, on whom Ransome had based his Swallows and Amazons series. The great children's author was still around, one day complaining angrily that the children were making too much noise.
On another occasion, Diana's younger sister and a friend had their faces slapped by a second Lakeland author who hated children but who was rich and famous because of them: Beatrix Potter. Jones's distinctive scepticism about conventional children's fiction must have started to set in early."
— Christopher Priest, The Guardian
Read more...
Posted by Elora Writers Festival at 10:43 AM