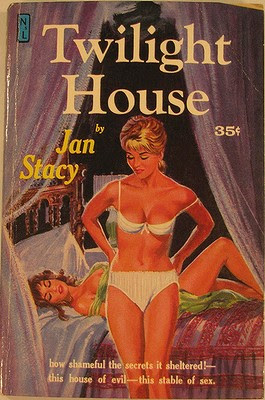 "Intrigued by rumours of a censor's library, literary historian Nicole Moore went searching for the old customs archive of banned books. In 2005, she tracked down the collection seven storeys underground in a huge repository in western Sydney.
Thousands of banned books, all neatly covered and catalogued, filled 793 boxes. As Moore shows, such secret collections have accumulated in many parts of the world, often carefully tended by censor-librarians. Private Case, Public Scandal, the book that revealed the contents of the British Library's secret collection, was itself banned in Australia in 1966. Not surprisingly, the 20th century's largest and most notorious repository of forbidden literature was in the Soviet Union, with more than 1 million items. 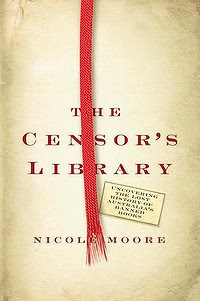 Having uncovered this long-buried Australian archive, Moore set about the daunting task of charting its history. She was aided by Peter Coleman's pioneering work, Obscenity, Blasphemy and Sedition, first published 50 years ago. The Censor's Library is a much more substantial work, analysing in forensic detail the major controversies and teasing out the narrative of how such restrictions, and the ensuing protests, shaped Australia's cultural, intellectual and literary landscape."
— Craig Munro, The Sydney Morning Herald
Read more...

"Some of the most controversial books in history are now regarded as classics. The Bible and works by Shakespeare are among those that have been banned over the past two thousand years. Here is a selective timeline of book bannings, burnings, and other censorship activities.

259–210 B.C.: The Chinese emperor Shih Huang Ti is said to have buried alive 460 Confucian scholars to control the writing of history in his time. In 212 B.C., he burned all the books in his kingdom, retaining only a single copy of each for the Royal Library—and those were destroyed before his death. With all previous historical records destroyed, he thought history could be said to begin with him.

A.D. 8: The Roman poet Ovid was banished from Rome for writing Ars Amatoria (The Art of Love). He died in exile in Greece eight years later. All Ovid’s works were burned by Savonarola in Florence in 1497, and an English translation of Ars Amatoria was banned by U.S. Customs in 1928.

35: The Roman emperor Caligula opposed the reading of The Odyssey by Homer, written more than 300 years before. He thought the epic poem was dangerous because it expressed Greek ideas of freedom.

640: According to legend, the caliph Omar burned all 200,000 volumes in the library at Alexandria in Egypt. In doing so, he said: 'If these writings of the Greeks agree with the Book of God they are useless and need not be preserved; if they disagree, they are pernicious and ought to be destroyed.' In burning the books, the caliph provided six months’ fuel to warm the city’s baths"
— Freedom to Read
Read more...
Posted by Elora Writers Festival at 6:21 AM